[Intro: Boldy James]
Chemist
Concrete Evidence
Blockworks, where we at wit' it?

[Verse 1: Boldy James]
Still the same kind creature
Little Moochie, James Clay Jones III
Since Auntie Colleen[?] and Uncle Speedy stayed on the [?]
The 6-4 YBX, bold and cold
I keep it funky with my folkers, huntin' wit' my poachers
Slumpin' wit' the vultures, stock pilin' with the brokers
Baseline it to them smokers; Tony, we ain't the only dopers
Servin' all these pots, I move, f*ckin' up the culture
Monkey nuts in that Corolla, ride foreign but it's stolen
Gone off that doja, runnin' from the rollers
Thick like remote controller
Quick to shoot to the K like I'm Colin
Chip on my shoulders, scrapin' up them extras and them overs
Mister Yola with the baking soda
My uncle said he hid them brickies in my baby stroller
These bitches so moody and shifty, tryna play me closer
I sold some bluies for the Griffey, quarter eight at Kroger's
When [?]Noonie Funk thought he[?] got killed, it brought our pain some closure
So if you shoot me, better kill me, keep that same composure
Shit, [?]I did 30[?] on my gas when 28 is over
All of this murder on my mind, it's hard to face it sober
On the hunt for Grey October

[Verse 2: Evidence]
I don't run away from danger, I'm better running towards it
All my words are just the letter, show the swords and I enforceth
Missing all players when I hit the streets but Evi didn't forfeit (Nope)
Rising from the scorched earth, I roll it up and torch it
Two different careers like I'm two different people
Two different years - one life, no sequel
Trip, you inspired or you desperate
Uh, you either full or you desolate
I walk a different line of truth unperfected (Yeah)
What I bring inside this booth is uninspected
It ain't checkmate yet but on my checklist (Check)
Put the flowers on the ground and then it's breakfast
Thanks to you, all within a day's time
It's never made man until I made mine
You in the game or you hatin'
Either way, you either playin' or you waitin'

[Outro: Dialogue]
"Hell, I ain't got no money - Rabbit, I ain't got no money"
"Well, I know you ain't lyin'
With the money the bears took, we gon' go buy our own gun"
"You don't need no more guns now"
"But I sees how them guns is mighty nice
But I hate to let the congregation think that the boys was being frugal by not buying more" 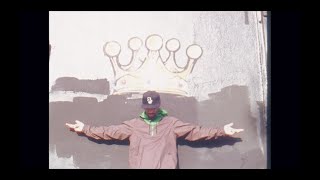