(You know, here at Charlie's Tavern, I stay mighty busy making drinks. But the phone, it never stops ringing. I love tending bar, this job is really great. My customers are thirsty and I hate to make 'em wait. But it always seems the phone rings as I start to pour a beer, it's some fella asking me to page his friends, he says they're here. "Okay buddy, you hold the phone, and I'll check and see if they're here. Is Seymour Butts around? Have you seen Dick Beater? Are you Jack N. Off? Is anyone Sharon Peter? Have you seen a Harry Beaver? Are you a Peter Stroker?" And it seems like almost every night, I'm paging Richard Smoker.)

Have you seen a Mister Bater?
(No, but you can check back later)
Could you find a Harry Ballsack?
(Not right now, you'll have to call back)
Phil Mycrackin, if you please
(He's among the absentees)
Do you know Ivana Beaner?
(Sorry, no, I haven't seen her)

(Hello, Charlie's Tavern.)
Uh, yeah, I was wondering if you could page somebody for me
(Sure. Who are you looking for?)
Uh, I'm trying to find a Mr. Podasso. His first name's Stuart, but they call him Stu
(Stu Pidasso?)
Uh huh
(All right, hold on. Excuse me! Everybody? Hey, is there a Stu Pidasso here? Does anybody know a Stu Pidasso?)
(He left with Heywood Jablome.) (I'm, uh, sorry, someone said he just left with Heywood.)
Heywood who?
(Uh, Heywood Jablome.)
No, but buy me dinner and drinks and we'll talk

(Hello, Charlie's Tavern.)
Uh, yeah, hi. Could you page someone for me?
(Uh, sure. Who are you looking for?)
I'm looking for a, uh, miss Fingerdo. First name, Wilma
(Okay, Wilma. Wilma? Wilma Fingerdo? Oh, okay, hold on. Hey, uh, someone says she's in the bathroom with Willy.)
Willy who?
(Uh, Willy Fisterbottom.)
Ooh, that's gotta hurt

He calls here several times a night
And it's always the same
He asks me if I'll page his friend
And then he says their name
"Hey, is BJ Hunter there? Could you find a Peter Wanker? I'm looking for Amanda Kiss. Have you seen Woody Spanker?"

(My song is nearly over now, so I'll cut to the quick. Who knew there were so many guys named Peter, Rod, and Dick? And if you need somebody paged, let me be quite blunt. I'll try my best to find him, or my name's not Michael Hunt.) 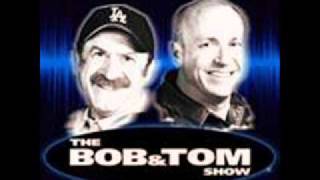