When gold was god and labor cheap
And they herded men like dogs herd sheep
Through furnace, glare and smoky mill
The Grey Host rode and it's riding still 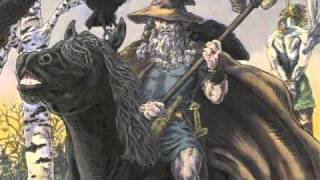 check amazon for The Ride mp3 download
these lyrics are submitted by kaan
browse other artists under B:B2B3B4B5B6B7B8B9B10B11
Record Label(s): 2011 Storm Records
Official lyrics by