Johnny Rotten can't be paid enough
For Jones aren't the boys quite good, that's tough
Cook's body is old and almost heart attack
And they even let Glen Matlock come back

Such sentimental shit
And you're full of it - Yeah, Yeah, Yeah
You saw them from afar
Mclaren showed those english stars
You put them on a phony pedestal
And gave them your money
They are the multi million dollar joke That ain't funny

We don't shoot the same heroin
as Sid Vicious
The end 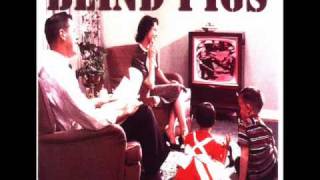 check amazon for No Pistols Reunion mp3 download
these lyrics are submitted by kaan
browse other artists under B:B2B3B4B5B6B7B8B9B10