Take It From The Top Lyrics

Take It From The Top Lyrics

[Verse One]
Well I demand respect, so everybody salute
And by the way Backspin, is my attribute
You may or may not, know who I am
But frankly my dear.. I don't give a damn!
You may know me from "Rockin' With Biz Markie"
Or Shante, when she used to battle Sparky
You might have seen in some videos with other folks
Sittin on the bench while me and Biz was tellin mother jokes
The meaning of my name some people may, try to guess
Yes yes I'm fresh to the flesh, so let me manifest
I make romance, I'm not a freelance
I spin records; BITCH I don't breakdance!
I scoop girls around the world that's what B does
The name Backspin means that B was
born.. as a creative, cut king
Supreme poet, inferior to nothing
Call me the teacher, since I'm the one who taught you
(What's that?) Myyyyyyy DICK! (CAUGHT YOU!)
I'm signin off because my rhyme's complete
I say peace to Chancellor Avenue and Bergen Street

[Verse Two]
Well get a grip and, yeah the Capital's rippin
more than just a ordinary style, cold flippin
Those that attempt to diss, or try to take this
title away what? I think you better forget it
Pit-pat this Jack, get off of the crack black
It's the true fact, your record hit the pillow sack
And now you're wonderin how make a comeback
but don't make me laugh, your studio's a two-track
Biz hits the bassline, then I rip the real line
Together it's combined and designed to a master rhyme
A little touch from Cool V himself
An overnight process then it's ready for the shelves
Perfect shit on wax is made
Then bring it to the radio and let it get played
There's no joke and only time to get fanatical
So listen up or pay attention to the Capital
I'm done with the rhyme for the time, so you can have 'em
Aiyyo guys, why don't you throw somethin funky at 'em

[Verse Three]
Y'all know me, as the Original D
like to the I say with the A and hey
bust this, M-O-N-D
I grab the mic and recite rhymes in your left ear It's always def and different
Never somethin from the previous years
I'm quite slim, but rougher than a pair of Timbs
The Diamond Shell will never trip stagger fall or bend
I don't smoke and never ever have I drank no liquor
Bein smooth keeps my rhyme style, that much quicker
So yo hey chief, bust this technique of speak
I'm feelin sheik and also rather unique
I'm smooth as (?), you can't deny I'm
innovative with style, and bound to hit primetime soon
As I tour from Kalamazoo to the moon
Give props to the rapper, the brother dresses Dapper
than Dan cause I'm the man I'd like to make ya toes tap
with the, funky type of flow, I'm smooth as a Lambo'-
-Ghini I dream of Jeannie her hands on my jam
So, once but not twice, this brother's precise
When it comes to snakin girls I get as crooked as loaded dice
Pullin women can't no man compete
I nut 'em all from the Great Wall down to Wall Street
So..

[Verse Four]
Ready for the ride I rip rap rapacious
Crews don't slip you're payin penalty slashes
Clashes crashed, but I crash ass or
ravish the mic, and then I'ma pass all
Hard to handle run a gamble like Vegas
But I never lost the force be runnin wages
of pages, and pages, biters think I'm cajun
spice cause I'm so nice and eighteen is my age is
Rappers crumble when I tackle they crackle I ramshackle
Don't even know why they waste time on the pack'll
of nine cause my rhymes do 'em in like rifles
Stress the word, so you know I live trifle
MC's, metamorphosize to digest
days from a faze and my praise is like a rajah
I reckon, that crews that step over this way
think life is a game and they just too pissed to play
Some say, on mics I'm a master
A snatcher, a catcher, a very well matcher
But crews better know that I hit like after,
effects who's next I wreck from now til then
And then when the then comes, I'ma go hit again
like rat-a-tat-tat of the tickedy eatin dick-er whore
So every move I make I make sure, it's riggydiggyraw
Biz

[Verse Five]
Mar, kie the original
Everytime I see V, yo I got material
I was just kickin funky records for you
cause I'm down with the rhythm of a, ah one chk two
Singin, on records, I get respected
It don't matter to me cause you know that I'm connected
with B-M-V Biz Mark and Vaughn
Down to wreck collect and then jet, to the break of dawn
Discombobulate, sentence ain't complete
unless I go {*beatbox*} AHH AHH AHH UHH {*cough*} on beat
Zip-zop-a-zigga-lah, zagga-zucka-zaii
No matter what I say, I always come out fly
because my records get respected as I like jettin
You will agree it's me, cause you know I'm inventin
a different kind of rhythm of rhymin state
That's why you like everything I create
"Pickin' Boogers", "The Vapors", "Just a Friend"
That's just some of the things you can comprehend
So just check it, MC's wreck it
You listen to the Biz Markie, don't disrespect it
Just listen!
Explain lyrics
Correct lyrics 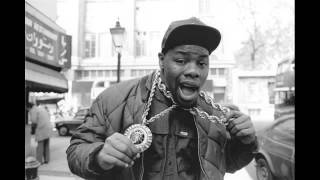 check amazon for Take It From The Top mp3 download
browse other artists under B:B2B3B4B5B6B7B8B9B10B11
Record Label(s): 1991 Cold Chilin
Official lyrics by