one two, one two
this goes out to my brother dimond shell
my man jazzy jerome, def jeff
i can't forget my man kevin d and the midnight express crew
philly, soda pop
i'm gonna run down my family tree like this:

one, two, one two three and
i got a friend by the name of charlie
charlie got a wife by the name of dolly
dolly and charlie got a son named wally
and wally got a girl by the name of polly
polly got a sister by the name of molly
molly and polly got a mother named holly
father named arthur, we call him artie
you don't understand then i'm very very sorry
cousin named frita, uncle named skeeter
he's married to my fine aunt rita
who is the leader of the married cheaters
so i son't greet her, cause my uncle don't need her
grandma joyce drives a rolls royce
of the family i'm a favorite choice
buddy named homer, used to be a loner
now he's got a girl by the name of mona now that homer's married to mona
all he does all day is bone, bone, bone her
father named lex, gets big respect
driving in his dodge 300gx
week after next, lex gets his check
me and lex will be chillin' in the x
my girl elenor, went to the drugstore
to get deodorant, i think it was pure
cause the one she used before made her underarm sore
and that's why elenor don't use it no more
a girl named betty who used to go with freddie
asked me was I ready for us to go steady
I told betty that I wasn't ready
to go steady cuz it would hurt freddy
a girl named gwen, she's my best friend
known her ever since who knows when
and do you comprehend, the message that i send
of family and friend of grandpa ben
like, like, like, like, like, like that
bound to wreck your body
and ana na na na na na na na na na ana
cool v bring it down
Explain lyrics
Correct lyrics 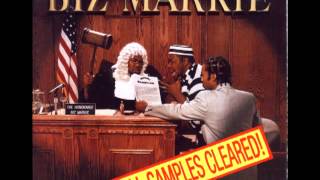