This is for those who didn't believe
that me, myself they said I couldn't achieve
my goal or even get to my destiny
to be the S-K-B-I-Z
It was a rough road, for me to pursue a
career in rap to make you say hallelujah
For those who did, I'm not talkin to you
cause I couldn't be there with-out you
Everytime I see you they always say
I knew you was gonna make hits someday
But then when I was strugglin hard, word
a peep of help from them was never heard
I always knew that, I was gonna make it
No matter how much beef and aggravation I take it
And if you try to hold back me and my crew
Remember, I told you..
I told you..

I'ma give you one incedent from my past
when I had short money, goofy pants off my ass
I used to go to block parties my cousin had served
and see how people who made it, kicked OTHERs to the curb
And then I said if I was in their spotlight
I would treat everybody, equally right
To get where I'm at now, I used to hand out flyers
From school to school, for New York and L.I.ers
It was me and Mike from Ike and then they used to do it
He said if you wanna be like them you gotta keep to it
So I kept at it, cause it was hard work
I told em I was makin a record, they gave me a smirk like if I was incapable of doin the deed
or virtually impossible for me to succeed
You must be crazy if I wouldn't pursue
Only thing that I can tell you is I told you..
I told you..

Now now now this is how it's endin
Just like any other story, it is splendid
I said to Ty if you let me come out with a cut
they will never ever stop shakin they butts
So I came out with "Make the Music With Your Mouth Biz"
An introduction to me, and told it like it is
Some said it was beginner's luck, with this record
Then I showed em with "Nobody Beats the Biz" and got respected
I threw em off with my song "Pickin Boogers"
It was acquired taste, for different kind of sugars
I got international like twin skyscrapers
with my album "Goin' Off" and my single "The Vapors"
Since I produced my own, they said it would end
cause it took a year and half to come out with "Just a Friend"
It went platinum, my album went gold
Altogether it was one point five records sold
So don't EVER try to hold back me and my crew
Only thing that I can say is, I told you..
I told you..

So when anybody try to, mess with your head
Just go for what you wanna go for in life, aight? Chill
Explain lyrics
Correct lyrics 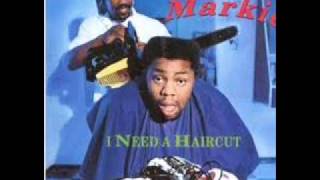