You Ain't A Killer Lyrics

You Ain't A Killer Lyrics


[Verse 1]
The harsh realities of life is takin tolls
Even Jesus Christ forsake my soul
Please tell me what price to pay to make it home
Take control, I'm makin dough, but not enough to blow
J.O.'s, they lust my flows, but aiyyo, I don't trust a soul
That's all I know or need to, these evil streets'll meet you
halfway and eat you, I laugh tryin to survive illegal
I leave you lost, bounce you on the cross, rip you like a horse
Sacrife your life to a higher force
Then I stomp your corpse it's the Bronx of course recognize the accent?
One of the last livin still in action, general assassin
Catchin any wreck, blastin any tech
Smashin any chest, passin any test, Charles Manson in the flesh
Any last requests before you meet your maker?
Sew what you reap a wake up, shakin up a storm like Anita Baker
I'll take you straight to hell and fill your heart with hate
Incarcerate your fate in Satan's fiery lake, then I lock the gate
Make no mistake, "The Shit is Real" as Joe, we follow the killer's code
When we come for you, tell me where will you go?
Nowhere to run, hide, I'll find you and and silence your screams
And even if you kill me I'll still be in your f*ckin dreams

[Hook]
You ain't a killer, you still learnin how to walk
From New York to Cali all the real niggaz carry chalk
Mark you for death, won't even talk that East and West crap
From Watts to Lefrak, it ain't where you're from it's where's your gat

[Verse 2]
You made a grave mistake
Shouldn't of come here, you changed your fate
Your brains'll make the debut on the table when I raise the stakes
The pain is great but only for a second
It starts strong then lessens
Just when you restin the Armaggedon sets in
Left him with so much stress (T.S.) blessed him with no regrets (yes)
Welcome to Hell son, the threshold of death
Now face the serpent, I blaze your person you get laced for certain
Even Jakes don't trace the work so close the case to curtains I'm hurtin, head severely really tryin to bring the pain
There's nuttin mo' satisfyin than when you cryin screamin my name
It's not a game, it's Purple Rain, floods and bloodstains
Big Pun's my thug's name, bustin my guns, that's my love thang
I split the jug' vein and snatch your Adam's Apple
John Madden tackle your corpse
then hoist it on the cross at the tabernacle
That'll have to hurt, I'll work your body 'til it burst
Then curse tu vida, like a Brujeria verse
I'm worse than anything you ever been through
Sick in the head and mental
Essentially meant to be the soul frentic mental
When you awaken, your manhood'll be taken
Fakin like you Satan, when I'm the rhymin abomination

[Verse 3]
It's hard to analyze which guys is spies, be advised people
We recognize who lies, it's all in the eyes chico
We read 'em and see 'em for what they are
Theives in undercover cars, takin my picture like I'm a f*ckin star
I'm up to par, my game is in a smash
With half a million in the stash
Passport with the gas, first name and last
Ask anybody if my men are rowdy
Give me the mini-shottie I body a nigga for a penny probably
I'm obligated to anything if it's crime related
If it shine I'll take it, still in my prime and I finally made it
I hate the fact that I'm the last edition
Probably a stash magician
Could of went to college and been a mathematician
Bad decisions kept me out the game
Now I'm strickly out for cream
Doin things to fiends I doubt you'll ever dream
My team's the meanest thing you ever seen
Measured by the heaven's King, down to the devil's mezzanine
I never screamed so loud, I'm proud to be alive
Most heads died by twenty-five, or catch a quick 3 to 5
So be advised, the streets is full of surprises
It's not what crew's the livest
One that survive is who's the wisest 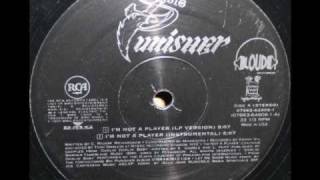