Who Am I Lyrics

Who Am I
Big Daddy Kane
Dance With The Devil Raw Cause I Can Do It Right Change This Game Around Calling Mr. Welfare Another Victory All Of Me Ain't No Stoppin' Us Now Ain't No Half-Steppin' Brother, Brother
Official page Big Daddy Kane wiki Who Am I video Big Daddy Kane twitter Big Daddy Kane facebook

Who Am I Lyrics

[big daddy kane]
A black man from the motherland
Speakin a language today most people don't understand
Where no one could bother me
Cause I had freedom, justice, and equality
But then one day it was tooken away
And I was shipped to the u.s.a.
A young brother, made into a slave
To harvest the midlands and clean the chittlins
Given a new name, new religion
No freedom to vote, not even to make a decision
I saw my peoples, sold raped and took out
The rest of that stuff that alex haley talks about
They said I'm not from asia I'm from africa
And all the blacks there now are just scavengers
That's the way my mind was poisoned
To believe that in america blacks are inferior
A weak mind and a body of swine
Only adds up to being - deaf dumb and blind
Illiterate to who where what and why
So I ask myself: who am i?

[big daddy kane]
A native new yorker on the streets
Known for rockin rhymes to real rough beats
That I found in the attic, noisy with static
A sound that made me, a hip-hop fanatic
I made a few songs that sold ok
Never top 20 or plenty airplay
I came out hardcore, flexin cock diesel
Saw a little cash, and pop goes the weasel
I had to make that change and rearrange
My whole rap format, no hardcore rap
So now all the pop charts I rule
Over new kids on the block and paula abdul, huh
I thought I made it, then my song faded
And none of the black stations ever have played it
I tried to blame it on mtv And say, "damn, they cold played me for young mc"
But when you get down to it, I'm the real blame
Because I wanted the fame
Money is not only the root of all evil
It's also the destruction of black people, so
Conjunction junction, what's your function?
Bein a scout, or sellin out?
Look in the mirror at yourself, eye to eye
And say: who am i?

[gamilah shabazz]
A solid change, have to rearrange this strange
Feelin I'm feelin, so appealin
I am having to deal with
Time to forget the myth, of bein black and a woman
Can't get ahead, walkin on a thread, a tightrope
Can't cope, don't be a dope, have a little bit of hope
Runnin your scope on affairs
You have to be aware, don't flare up
Let your cup runneth over
I'm not irish, don't need a donut to fill up my dish
Nor two mango wish to wish on a star, they're so far
Anyway I'm thinkin about today, not tomorrow
I'm not a follower of anyone
My time has come, it's already here
My message is clear
Like the women of long ago, I am also here
Also to show, I have the courage
Have the strength, I'm for equal opportunity
No matter the life, length of time
Show me a sign, should I rely on a
Subliminal message, should I question
What would seem to be, life's told me?
Yes indeed, so let me speak

[big daddy kane]
And that's comin from the daughter of malcolm x
So black women put it in your texts
So you can never let, opportunity pass you by
Or even ask yourself, who am i?
Explain lyrics
Correct lyrics 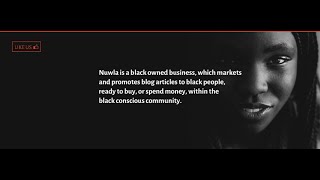