All Of Me Lyrics

All Of Me
Big Daddy Kane
Dance With The Devil Raw Cause I Can Do It Right Change This Game Around Calling Mr. Welfare Another Victory Ain't No Stoppin' Us Now Ain't No Half-Steppin' Brother, Brother 3 Forties And A Bottle Of Moet
Official page Big Daddy Kane wiki All Of Me video Big Daddy Kane twitter Big Daddy Kane facebook

All Of Me Lyrics


{Big Daddy Kane:}
Hey, you know, [Name]
I'm findin it very hard to understand
The lifestyle of young ladies today
{Male voice:}
Yo, they're hard to figure out, gee
They need a sincere leader
{Big Daddy Kane:}
You know, I've heard it said
You gotta use what you got to get what you want
But I think they're usin a little bit too much when they flaunt
You know
[Name], you know, ehm
I don't understand the way these girls is rolling today, man
How about you, man?
{Male voice:}
Yo, let me tell you somethin, gee
If they ain't lying they tryin to do some other - wildness
{Big Daddy Kane:}
I know, I know
It's like girls promisin you Thomas's
And can't even cook toast, right?
What I'm tryin to tell you, man, is...
They just ain't no damn good
No damn good
Check it out

[Verse 1]
Now there's this girl named Monique
The type of female that you consider a freak
A big-time player playin like a drum beat
You think her address is 21 Hump Street
She step out every night to swing
With her Lee press-on's and a nefertiti ring
Bamboo earrings all big and lookin silly
With extensions hangin down like Milli Vanilli
And every Wednesday night at the Apollo
First kid she saw with jewerly she'd follow
And Monique would be ready to sleep
With the first kid in a Benz or a Cherokee Jeep
Strung out and givin up the nappy dug out
You're on the critical list, about to pull the plug out
So here, nympho, here's some good info
Stop takin em putts and close your legs, toots
Cause I remember you was one of a kind and a fine - hm
I once was infatuated by the things that you do
But now you're doodoo
It's all about respectin yourself
In order to gain respect from anyone else Treat yourself like a real woman should
Cause bitch, you ain't no damn good

[Verse 2]
Well now, here's another story
About this kid by the name of Corey
A hustler with game tryin to make a name
That was his aim, but his lifestyle was lame
Cause he would front like it wasn't even funny
About his girl, his car, and his money
Pullin out a knot every place
But every single bill had Washington's face
And he went beyond exaggeration
To lie about his means of transportation
Because he said he had a Benz car
Come to find out, it was his friend's car
Talk about simple chronic halitosis
Damn, his breath was ferocious
He had an odor that just won't quit
Smelled like he washed in Oil Of Oh shit
Tellin girls he's daddy long-strokin
(Shit, you must be jokin)
Cause he ain't got no bitches
And couldn't hurt a virgin if her p*ssy had stitches
See, Corey, there's a lot you're missin
Seems to me, you ain't got a pot to piss in
So let's get one thing understood
Muthaf*cka, you ain't no damn good

{Prince Paul:}
The moral of the story is
The majority of the population of males and females today
Are just no damn good
Explain lyrics
Correct lyrics 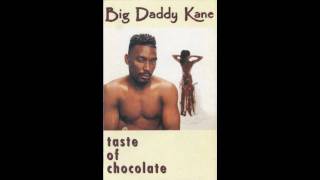