Hah hah, hey hey, laugh now nigga
My man's right behind you, kane pull the trigger
I don't play, I'm from the hill where shit is real
And I'll be on your ass like bugs on a windshield
So bring your grip or you can think twice
Cause I got more rhymes than a five pound bag of rice
I'm hitting hard, oh word, I'm gon rock it
Once the shit drops, that's dough to the pocket
I cut hand, you still can't get no cards
You couldn't deal with scoob if we was playin cards
But if I got beef and it's time for code red
My drill is like a hoe, and be takin mad niggaz to bed
So hurry up and skedaddle
Even if you join a army, you still couldn't battle
So where you from? england, you somebody great?
You burnin scoob, "i don't think so mate"
I got the style that gets you open like a bag of smoke
I have your friends "ah-hah man, that shit ain't dope"
Leave me alone when I'm rocking on the microphone
And play like e.t. and phone your black ass ho-wome
Yo sauce, if you're down with the groo-hoove
Get on the mic and won't ya show and prove

Hey, here I come with a slick rap, tic tac toe
When I flip tracks, so gimme my dick, back
I flow to it and through it, if you ever need to wonder
How you got dope like sauce, money you didn't do it
I write my own with bigger hope, drink of scope
Wrote what I figured, nope, damn you dig a nigga doe
Rhymes too drastic, bastard, pull hookers like elastic
N-b-a style, fann-tastic
No time to bite, but I just might, tonight I write left-handed
'cause I like, to grab my dick with my right
Who could ever say that I don't get plenty play
Win lose or draw, I'm bookin whores, anyway
As I get ready I'm steady if I go crazy I'd take eddie
If I was fred, I think I'd have to bone betty
Suckin and luckin, hey, niggaz I'm duckin, nay
Nada no never meaning ain't no motherf*ckin way
Rappers get gassed come on and get fast
Try to get past when I blast, and you can hand over your ass
One line and that's fear
Rappers get so damn p*ssy they gotta go for a pap smear
So shyheim, if your down with the groove
Get on the mic it's time to show and prove

Yo, yo
I spark the mic like weed that's in a cipher
And I get girls open like a reggae song by tiger
So check me out, as I flip this here track kid
And make mad noise like a metallica record
I'm psycho, a villain to the styles I be killin
When I'm thrusted, and all competition gets dusted
Cause I rock the world from u.s.a. to asia to russia
If your shit stinks i'ma flush ya, then bust ya
Like a crazy man from cali son
My jams be packed like a farrakhan rally, what?
You know my style, I put the f in effin foul
The rugged child locks you down like rikers isle
And got more girls than a trailerload with shabba
More super than cat, I'm the punani don dada
So big daddy, if you're down with the groove my man
Get on the mic and won't ya show and prove

Now tell me whoooo is the mannnn?
With the high-potent lyrics no rapper can ever stand
And steppin to me, thinkin I can be touched? huh
Not even michael jordan'll gamble that much, yo I get down on it and give it to rappers that even act like they want it
I come for your title kid, run it!
Or else get hit with the ultimate, too legit skit
Ahh yeah, that's that shit
Drop lyrics on ya, strong as ammonia
That is I thrown ya, scold ya, jones ya, I tried to warn ya
You was wack since I known ya, fake as a cubic zirconia
What did I just show ya, real lyrics doggone ya
Look inside my rap book at every text my man
And see that I got, more essays than the mexican
The messiah that's feared great, leavin rappers in a weird state
Scared straight, for their prepared fate
Strong as an elephant, intelligent, compelling and elegant
So well in it with every single element
And competition gets none!huh
If I was wearing pantyhose you still couldn't give me no run
I see the way you're trying to get to me,
But with with speech impedi-ment, man you gotta come better g
You're hitting all the wrong switches troop begin again
Mumble mouth rappers couldn't last a minute with
The non-resistable, non-competible
No-no-i'm-not-sayin-i'm-the-best, I'm just sayin I'm f*ckin incredible!
And let's just make one more thing understood
That if I fart on a record, trust me nigga it'll sound good
So jay-z, if you're down with the groove, my mellow
Get on the mic it's time to show and prove

Uh, one checkin it two, checkin it three
Check out the j, check out the a, check out the y, check out the z
Hey g!
I'm breaking mc's up like epmd
And these nuts if you rappers tryin ta see me
I'm buckwild with styles, ta-dow
I've been in it runnin a hundred miles I'm well endowed, baby gal
Uhh, the greatest nigga to touch it, you niggaz can't f*ck with
The, incredible skills of the g from brooklyn, big up kid
And ain't no eatin me up, you fast f*ckin with jigga
I'm like prince jeans, I bring the ass out a nigga
When I rock it it's in the pocket, baby mop it don't knock it
Till you try it, once you start, you can't stop it
I'm the cocky breed, I'm dope like poppy seed
I live one rent from besides that be
Between get off my dick and stop jockin me
When I bust a rhyme you're diggin the sound
I know you lovin the way it's, goin down baby
So ason huh, if you're down with the groove, why don't ya
Get on the mic and show and prove

Come on
Wu-tang killa bees on a swarm
Rain on your college ass, disco dorm
Slippery when wet and don't you ever forget
You couldn't get a flick, of the hype outfit
Because the way that I dress this style mad wild
Enough to make a crowd of women scream "ow!"
Whether at a party or just in bed
All thoughts on ason, keep that in your head
Yuh, my beats are funky and my rhymes are spunky
Sometimes I'll be like "well God damn what's the recipe? "
I don't know, I ask my momma she don't know
She says "go ask your God damned father!"
It's all about me in the place to be
Niggas thing they all that, yo, that shit is g
Mad game and it's a motherf*cking shame
How many enemies wanna claim the name
Of ason, who carries on like a manager
Yo!, sounds fly right? danger!!!
Explain lyrics
Correct lyrics 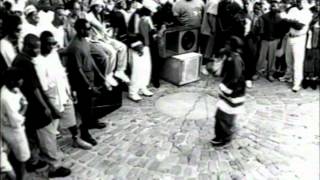