Biz:
<fonkee!
Ready?
Fonkee!
Fonkee! ahhh...
One two, one two
We came here to just motherf*cking do
You and a crew
Got my man marley marl in the house
Can't forget my man, lik, y'all in the house
Got fric and frac in the house
Hey-hey-hey, you got big daddy kane in the house
Juice crew in the house
That's right
And my name is the biz markie
And we gonna rock a little something like this...>

One, two, whatcha gonna do?
I say yes, yes y'all
To the beat, all
Party-having people guaranteed to be like having a ball
H-h-h-hey
We gonna do a little something like this I say...

I'm the rap promoter
I start to motor
Tour from new york to south dakota
Drink ginger ale or root beer soda
Never get the girls with the underarm order
Put me on water, I'm a good floater
When I run for prez, you best be a voter
Once knew a girl by the name of rhoda
I watch star wars just to see yoda
Or r2-d2 driving down the bq
When I buy franks, I make sure they're hebrew
When I entertain, and love to treat you
Love to see a girl in a nice tight see-through
Take her to the crib, turn on the beta
Watch a good flick by arnold schwartzenegger
Maybe commando or the terminator
Peace party people, ha ha see you later!
Big daddy, huh huh, my man my mellow
Get on the mic cause you know you eat jell-o

Kane:
Check it out, y'all
You don't stop
Keep on
Well it's the kane in the flesh
Of course I'm fresh
Oh you thought that I was rotten?
Huh, I beg your pardon
To me getting paid and getting busy fall together
So a man of my ambiance...never!
Could I be weak, why I'm rather unique
I got style, flavor, grace, and plus a different technique
That I be using and not many can manage
So a brother like me, I do damage
Just by picking up the mic to go solo I cold turn a party on out, and oh yo
I get physical, mystical, very artistical
Giving party people something funky to listen to
That's why the other mc's can't swing long
I stomp them out just like I was king kong
Stepping on roaches, I get ferocious
Supercalifragalisticexpealidocious
I go on and on and on and
Until the bright shirley murdock morning
Cause i'mma pimp, hear the primp, yes the emp-
Eror, bringing much terror in your era
I ready, willing and I'm able, so bust a move
Never use a barbershop I got my homeboy smooth
Cooling out with the clippers right around the way
To keep my fresh cameo cut every day
Like that y'all, it's like that y'all
It's like thata-the-that, it's like that y'all
Cause I'm the prosecutor taking a stand
And, I'm cross-examining you my man
The judge and jury, releasing my fury
The verdict that I reach for you is rather blurry
You see, the name kane is superior to many people
It means king asiatic nobody's equal
I hate to brag, but damn I'm good
And if mics were a gun, I'd be clint eastwood
And if rap was a game, I'd be mvp
Most valuable poet on the m-i-c
Or if rap was a school, I'd be the principal
Aw f*ck it, the kane is invincible
To be specific, I may die one day
But my rhymes will remain like a hieroglyphic
It's a certain special skill that takes much practice
I got it good, apparently you lack this
So in turn, sit back and learn
Listen close, this is for your own concern
Let me show you exactly how it's properly done
Lights, camera, action!
A rap pro, do a show, good to go, also
Cameo afro, virgo, domino, I go rambo
Gigolo, romeo, friday night spend money on a ho-
Tel, to get a good night's sleep
I'm keeping in step
Now do I come off?
Yep.
Explain lyrics
Correct lyrics 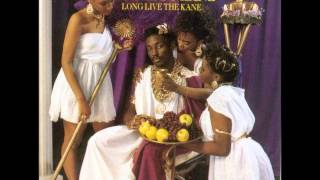