[Chorus: Sam Chris]
We go through this everydayyyyy
Adding more to the story trying to make it interesting
Lying to yourself like it really happened
It's like we're riding on a never ending traaiiin
Pick a stop (pick a stop), pick a lie (pick a lie)
Pick a reason to convince em that it never happened
I think we'll have to save the day

[Verse 1: Big Boi]
But not like Captain Save
More like black Captain Kirk, because Big Boi's from some other place
Oh way deep in outer space where the freaks are not afraid
To crank that bitch in the moonlight while nobody's getting paid
Galaxies of slaves, enter Dungeon Family
With Outkast, Goodie Mob, & P.A. now were +Gnarly+ like +Barkley+
Without Harley Davidson, maybe someday you will see
Boy, we been done gave you some, the pipe has already been laid,
Foundation sturdy as ankle weights or shoe of cement
Be ready to soprout them wings or choose to cruise like a fish
We wish, but we need to pray, we don't stray away from this
Kids, common sense ain't common when your minds trapped in a fence
But mines is intense, hence the way that I spit my shit
Cause I'm fire breathing (fire breathing) dragon in this biiitch
Which is a girl dog, yet a pitfall
For me and ya'll, songs found no bombs, but the ones rock
It's all wrong

[Verse 2: Big Boi] Look up, up and I pray
Channeling that heavenly energy, There's plenty we can say
But the enemy is winning because your punk ass be afraid
But I spray what's on my mind to educate and entertain
KRS, he said it best I learned from listening to these tapes
Before I-iTunes came out and made CDs obsolete
For Reality TV would seem to be that big mistake
And now Big Brother's got these cameras deep in each and every state
While each rapper claims to be the heavyweight
Cause he mentions cocainia in bout everything he makke
And thet why them people try to pin him with that case
Cause his blow his dixie crystal pistol play was just for play, fake
Just for play play... but got them baybays
Beliving that bullshit
Just for play play... but got them baybays
f*ckED UP! 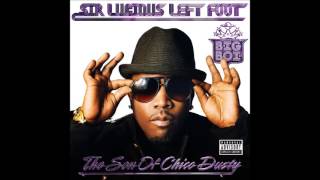