[Big Boi:]
I am
The wrong nigga to cross and the first nigga to jam
With the A K cuatro siete or a microphone in hand
God dam
Generation uno? dungeon? found
The lab is filled with potions of emotions out the ass
I laugh
When you think that you have seen the last
But it's only the beginning my nigga don't be so fast
As gas [? ]
Or slow it down to a screeching halt
Impeach the president cus he don't think before he talk
Iraq, got that
Now he gunning for Iran
North Korea got that shit that make L.A. look like Japan
Island
Nah man
More like the Caribbean
[? ] and take a voyage to Atlan-tis

[3 Stacks:]
Styles will change
They say change is dang-erous
As a king standing on the terrace
While his [? ] pointing up at the rightful men
Cowards [? ] never know when your life will end
Then... live like there ain't no 'morrow
And if one come then this the motto
Now I put message in bottle
You go to the nearest beach and open your car door
And you walk to the place where the sea meets the land
Yeah it's easier to run the street than walk in the sand
Hey I'm talking young man
As if chalk in my hand
I will take yo' little ass to school
It's cool
When the kids call me sonny, the hood calls me stacks
The bees call me honey, Hollywood calls me back
Crack and I have a lot in common We both come up in the 80s and we keep that bass pumpin'
Now that's a nega-tive comparison
Embarassin'
Unfortunate that if you come up fortunate
The street considers you lame
I thought the name of the game
Was to have a better life
I guess it ain't what a shame
I don't slang, never slung
But I'm one with the slum
That has a name well fitting
[? ] getting
No wonder why they called it the trap
So watch your tail
And I'm not kidding
The rats and mice would give advice
They say that you can paint and draw
Get out of here
Go show them that we're more than slangin' raw
That's when I broke into my big Rube impression
And I tried to enlighten but that night a learned a lesson
That the morals that you think you got go out the window
When all the other kids are fresh and they got new Nintendo
Wiis
And yo' child is down on her knees
Praying hard up to God for a Whopper with cheese
Do you b) Hit the street hard with a flare
Or do you a) Go for school for heating and air
Dare making under seven
But make a crooked killing
Or do a bit of both until your holding on a million
Brilliant
You got one foot in and one foot out
You put yo' left foot back in and then you shake it all about
You do the Hokey Pokey 'til you turn your life around
That's what it's all about
3000 out 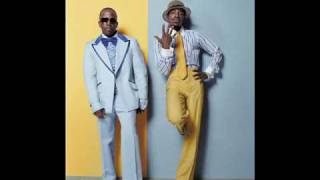