eLyrics B Behind Enemy Lines Lyrics


With the United States and other first world powers
Stepping up their efforts at globalization
One of their biggest obstacles has proven to be
The conscience resistance from the civilian population
Governments are closely working together with industry
Utilizing the latest in “non-lethal” weaponry
Cracking down on dissent with domestic policing
“Learning from the riots of the 1990's”
Identifying these so-called threats with political profiling
Targeting the organizers of political movements
Under the guise of protecting the civilian populace
Public relations propaganda fuels these political witch-hunts
Demonizing protesters as violent terrorists
Allowing more repression and torture of the non-combatant
The lie that protesters causing violence is the actual threat
Is beat into the heads of the American public
Neutralize the threat
Eliminate the threat
Neutralize the threat
Eliminate
The pentagon and the D.O.D. are using “non-lethal” munitions
For social control and American corporate global domination Inciting violence with riot control agents
Civilizing the brutality that protesting now warrants
But where's the civility in unrestrained brutality
Those killed by “non-lethal” weapons aren't any less dead
And the murderers who are responsible aren't any less accountable
Be it politicians, businessmen or the soldiers in their stead
Neutralize the threat
Eliminate the threat
Neutralize the threat
Eliminate
If they don't ever have to answer for what they do
Then they're free to make an example out of you
With their chemicals agents, vortex weapons
Hallucinogens, pulse lasers, optical munitions
Weapons that induce confusion, stupor and coma
Or debilitate your central nervous system
Cause nausea, bowel spasms, paralysis, seizure
Heat your skin to an unbearable temperature
Burning, crippling, deforming, killing
Immobilizing, disabling, incapacitating,
All committed over a safety net of legality
But masking the language to conceal the lethality 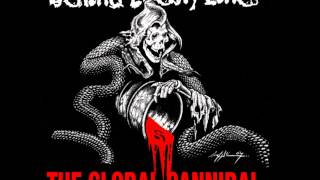