eLyrics B Behind Enemy Lines Lyrics


Within the sterile environment that carries out American retribution
The threatened insist that vengeance is the only acceptable solution
Emotions fuel the media frenzy, relentlessly searching for satisfaction
The world's superpower, made to feel vulnerable, is now demanding action
No one can breathe easy until he's drawn his final breath
And taken his place amongst his victims in the company of death
Demonized for something that our government does every single day
But when it happens in our own backyard, you know that someone's going to pay
Is state sanctioned murder really closure?
Focusing on vengeance, our government will do whatever it takes
Satisfied that this brand of justice outweighs all mistakes
But when does an immoral act become justified
Ignore the responsibility and a person is crucified
By the abuse and corruption of the laws that supposedly protect
No individual or government should have legality over death
A life for a life, an eye for an eye, no government has the right
To continue the cycle of violence and show it's ultimate might
Is state sanctioned murder really closure?
We wipe our hands clean, he got what he deserved
In our minds we can rationalize that justice has been served
But in reality nothing is ever really accomplished When justice is overshadowed by a primal need for vengeance
Killing another person won't wash away the guilt
Just put another victim in the house of cards the state built
How many more lives will our government erase?
When revenge in our legal system is commonplace
Is state sanctioned murder really closure?
Do you now feel safe?
Do you now feel secure?
Will you sleep any easier now that they've evened the score?
Is your mind now at peace?
Has your way of life been defended?
Has all of the pain or just another life ended?
Is it your desire to see another dead?
Will it bring you closure and put your fears to bed?
You grasp at an illusion to use as a safety net
But what we find in the end is a nation with no self-respect
Not only is there the illusion of safety but also the illusion of healing
That a death sentence is going to help how the victims' loved ones are feeling
But instead of compassion they find a murderous beast and a bloodstain
The government can kill all they want but they can't kill the pain
The hurt they feel can't be cured by a lethal injection
A state sanctioned murder won't bring about resurrection
Death cannot mend, so we only pretend
That the cycle of violence and all the pain ends 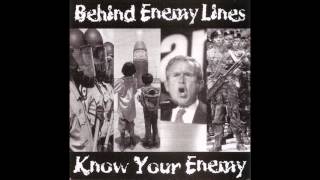