The world would never be the same
Devastation, war and plague
When it was over, order never came
Kingdoms 'united' under a fallous blue flag

The new land to the west, the old world in the centre
And the eastern plane: three incompatible societies

Idealogy the reason, the new and old lands fought
No blood was shed, but a weapons race procured
All eyes turned to these great powers
To maintain the balance of peace

No attention was paid to the eastern plane Thought backwars, it was ignored

But the weapons, naturally, still remained
And a northern alliance passed as law
The world saw unprecedented growth
In the east, mistrusting and scared men picked up their arms 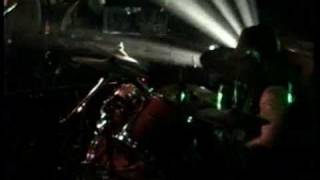 check amazon for Evanescent Judgement Of The Last Era mp3 download
browse other artists under A:A2A3A4A5A6A7A8A9A10A11A12A13A14