Bloodthirst, lust for slaughter
Words that lack meaning as you watch your brothers die
Kneel before the furious gods of genocide
Betrayal by the cunning regime
Pray to die quickly
Fooled into the heart of devastation
Never to walk again - as a free man
War is the cell you must endure forever Hell, boundless hell
Ruins, the rumble of flames
Gas, smoke, death and the horror
Minds changed, never the same
Images, nightmares, screaming, sweating
Again and again

No one survives the dawn of the blackest day
Loyalty demands suicide, it is our time

Hysterical at the sight of blood
I fought as hard as I could
And all i think is annihilation
Rising up from the depths of the human soul
Mankind has no control
All the world thinks is annihilation
Annihilation - fight!
Explain lyrics
Correct lyrics 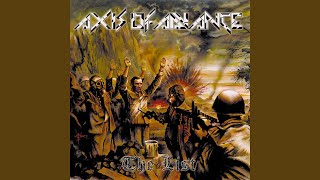