Solo: Chris
Throughout our troubled history
man's exploited fellow man.
Displaying xenophobic fear that's hard to understand
Centuries ago in Europe things were different than today
Foreigners were treated with respect not disdain
But dreams of power soon crushed this fine ideal
They set across the ocean in search of land to steal
They subjugated natives and stripped them of their rights
Sold them into slavery to demonstrate their might.

Chorus:
Can't you see, it's a lie
Don't you know, that they've died
Trapped, by your hate
Stereotyped, convenient
Forced to be subservient
Taught by your state
All you pseudo-christians had yet to have your fun
You called them all subhuman
justifying what you'd done
You sold them into slavery, every last one that you could
I guess that's only natural when you say its in their blood Soon the racist theory spread to every colony

The hatred that you planted is still with us today
No longer simply slavery manifests in different ways
Keeps people in dead end jobs, reduces education
Maintain our racial sterotypes, encourages segregation
You propogate injustice saying they've done it to themselves
You lock them in your ghettos,
Deny them any wealth
The dogma you've created makes sure you never see
That underneath a different color
they're just like you and me
Socialized hate
Formed by modern state 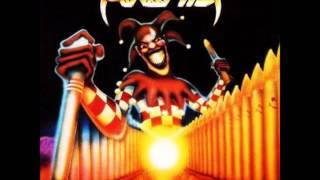