Forgotten But Not Gone Lyrics

Forgotten But Not Gone Lyrics


Talk about humanity, what's wrong and what is right
You take a human being and strip them of their life
A tormented soul, trapped and left to decay
In a controlled environment to die in a demented way
Death row, he's awating, time just drags by
Gas chamber awaits for him to pay for his crime
When will the madness end, will it be today
What terrible thoughts living day by day

15 thousand dollars monthly that we pay
To keep him alive, now that's insane
Injustice prevails again, it's the American way
No wonder we're in debt, why do we have to pay
If the death penalty exists to make these convicts pay
Kill them when convicted instead of awaiting
To wait seventeen years is totally inhumane
The crime has lost its meaning, it's ruthless to be so vain 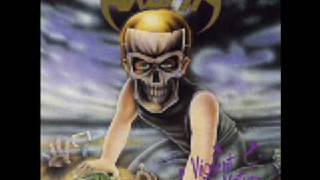 check amazon for Forgotten But Not Gone mp3 download
browse other artists under A:A2A3A4A5A6A7A8A9A10A11A12A13A14