eLyrics A Atom & His Package Lyrics

What We Do On Christmas Lyrics

What We Do On Christmas Lyrics


[spoken:]
ever hear the right wing crazies talk about the jewish conspiracy. and how the jews run the media, and they have all the money, and they pretty much dominate the world. no, well i've heard of it and that would pretty much leave one day of the year when no one else is around to have a whole year of planning of world domination, and that's christmas. merry christmas buddies!

it's christmas eve and you know i am hardly sleeping.
but there are no presents waiting for me on the floor.
it's the one day of the year when i use what my super jewish powers are for. (HEY!)

got introduced to the network at my bar mitzvah.
got my code name and number it's #16761.
while you were sitting aroudn the tree and that knockoff menorah,
you're idle, we work. justice is done. princess di, we killed her. el nino, we made it. reggie white, is stupid. bilyl joel, let's trade him.

if the neo-nazis know we're part of the conspiracy,
and if it's as strong as they think, you think they'd be nicer to me.
still mad about what happened to your pal jesus?
well, if he didn't die for your sins, you'd be going to hell with the rest of us.

princess di, we killed her. el nino, we made it.
reggie white, is stupid. bilyl joel, let's trade him.

wouldn't you like to know what we do on christmas?
you think we're sitting around polishing our horns?
making soup with the blood of the christian born?
you think i'm being rude?
we go to the movies and eat chinese food.
Explain lyrics
Correct lyrics 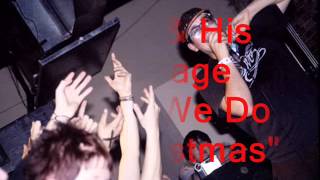 check amazon for What We Do On Christmas mp3 download
browse other artists under A:A2A3A4A5A6A7A8A9A10A11A12A13
Record Label(s): 1999 No Idea Records
Official lyrics by