eLyrics A Atom & His Package Lyrics


Flagstaff, Arizona. Two weeks on the road with Sean na na na na na na na na na na na na na na na. One day before we did play, we penned a song by us, for us. We didn't write the verse but we wrote the chorus: I can't take it no more so I'm going on a shopping spree. I can't save no money cause I spent it on a shopping spree. After the show, theres nowhere to go. Everywheres packed with white baseball hat-ed frat boys. so we end up at this empty place, got a flaming doc. The Dali Llamas were the band scheduled to rock. Benny Na Na looks at me. I think I hear what hes saying. "Atom, do you hear what they're playing?!" They're going shopping So Dali Llamas...whatever. Spelled Salvador Dali, and the animal...how clever. You have a five string, fretless bass. You stole our song, now we rock your face.
Explain lyrics
Correct lyrics 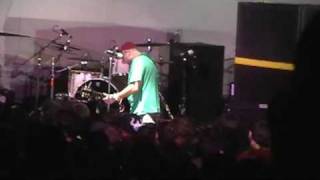