We're back again, you know we're not f*cking around
Got a bottle of Jack in our hands, you tryna keep up
kid?
Let's see who hits the ground
We've drank the drinks, we've done the drugs, clearly
we don't remember
We've come so far, we've shown them all, without us
you'd fall and fade away

I'm everything we need to make this scene what it
should have been
Remember platinum albums, sold out stadiums, leave it
to me
Let's tell the truth, not to be rude but we're all
irrelevant
This music's dead with a bullet in it's head
Let's wake it up 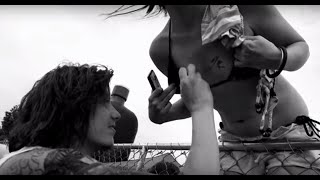 check amazon for Closure mp3 download
these lyrics are submitted by BURKUL
these lyrics are last corrected by John Chadwick
browse other artists under A:A2A3A4A5A6A7A8A9A10A11A12A13A14
Record Label(s): 2011 Sumerian Records
Official lyrics by