[Intro]
Know what I'm sayin'
Got jealous of a nigga or something tryin' to...
Trying to surpass me
Real shit
Clams Casino, nigga
A$AP

[Verse]
I say motherf*ck you niggas for the hate that you investing
f*ck police cause he probably wanna arrest me
f*ck the prison system, this injustice was ingestive
All black tuxes, get the white collars jealous like
All my role models either dead or in the pen
I had no choice to be the nigga that I ams
Stuck with bros, stuck the code
'Cede emblem on the fender
Couple fans in the hood I got no choice but to vent
Going in front to back
Add a Benz, f*ckin' packed
With the hits back to back
Where the gas from the back
Gold on gold, platinum plaques
On the road after that
She on a pole on a roll, make it clap, bring it back
Real bitches where you at? Real niggas where you at?
Making niggas in the couple
Real niggas where you at though?
How could I not be negative when I don't trust my relatives?
Niggas want settlements and bitches want like seven kids

[Hook]
f*ck fake people, I'ma go ahead and address it
f*ck you too just because you never said it
God hate evil, you just blowing all your blessings Black tux, white collar formal [?] wedding

I'mma shine through it all
Shina and All
Takeoff, lightyear
Shootin' star
Shine and all, shine and
All

f*ck views and opinions
I'm willin' to die, seemin' to shake off the image
But when I'm inside, pretending to smile
I feel the same high from the vengeance
I mean, I know we're both grown, like who are we kidding
Goodbye to the crack way
The big conventions, kids in the kitchen
'Cause in this world, I feel lost
I'm feeling trapped in my thoughts
I don't know who to trust, just got my word and my bond
This is hell and a hoe
I know this the life that we chose
But loving the life that we living
We'll make it in the beginning
Save me the tux
Save me the tux for the ending
Ending 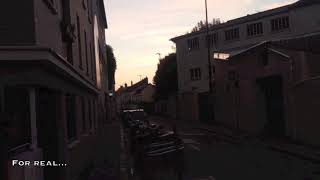