[Verse 1: A$AP Rocky]
Hold up bitches simmer down
Takin' hella long bitch give it to me now
Make that thing pop like a semi or a nine
Oh baby like it raw with a shimmy shimmy ya
Huh, ASAP get like me
Never met a motherf*cker fresh like me
All these motherf*ckers wanna dress like me
Put the chrome to your dome make you sweat like Keith
Cause I'm the nigga, the nigga nigga, like how you figure?
Getting figures and f*ckin bitches, she rollin' Swishers
Brought her bitches, I brought my niggas, they getting bent up off the liquor
She love my licorice, I let her lick it
They say money make a nigga act nigger-ish
But at least a nigga nigga rich
I be f*ckin' broads like I be f*ckin' bored
Turn a dyke bitch out have her f*ckin' boys, beast

[Verse 2: Drake]
I know you love it when this beat is on
Make you think about all of the niggas you've been leading on
Make me think about all of the rappers I've been feeding on
Got a feeling that's the same dudes that we speakin' on, oh word? Ain't heard my album? Who you sleepin' on?
You should print the lyrics out and have a f*cking read-along
Ain't a f*cking sing-along unless you brought the weed along
Then ju... (Okay, I got it)
Then just drop down and get yo' eagle on
Or we can stare up at the stars and put the Beatles on
All that shit you talkin' bout is not up for discussion
I will pay to make it bigger, I don't pay for no reduction
If it's comin' from a nigga I don't know, then I don't trust it
If you comin' for my head, then motherf*cker get to bustin'
Yes Lord, I don't really say this often
But this long dick nigga ain't for the long talking, I beast

[Verse 3: Kendrick Lamar]
Yeah ho this the finale
My pep talk turn into a pep rally
Say she's from the hood but she live inside in the valley now
Vaca'd in Atlanta, then she going back to Cali
Got your girl on my line, world on my line
The irony I f*ck 'em at the same damn time
She eyeing me like a nigga don't exist
Girl, I know you want this dick
Girl, I'm Kendrick Lamar
AKA Benz is to me just a car
That mean your friends need to be up to par
See my standards are pampered by threesomes tomorrow
Kill 'em all dead bodies in the hallway
Don't get involved listen what the crystal ball say
Halle Berry, hallelujah
Holla back I'll do ya, beast 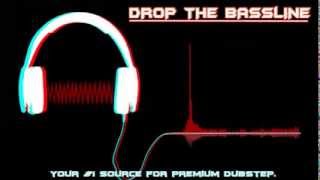