[Verse 1]
Twenty years ago first show
I was twenty years old, time flies, I don't know where it goes
Pull up bumpin' Jay through the speakers of a hoopty
Now it's barricades and black SUVs
Time flies when you're miserable
First album was a CD now everything's digital
Can't believe I lived through everything I've been through
House filled with black dudes, I slept in the living room
Late night studio, rappin' in the basement
Missed out on my son as a kid, didn't raise him
Caught a few cases, got locked up in state pen
I remember Tamen was eight then
I was poor sleepin' on the floor
It's depressin' I knew I wanted more
I guess it was a blessing
Now I'm writing album number four in the West Wing
Did a bunch of tours, I can afford the best things
I went from broke as a joke to rich as it gets
I went from dead beat dad to raisin' my kid
I went from hell in a cell to be able to live
I went from poor to wealth and I hate this
[Chorus]
Dollar and a dream it ain't always what it seems
So be careful what you wish for
Dollar and a dream it ain't always what it seems
Careful what you wish for

[Verse 2]
Life long friends that'll stab you in the back
They're the first ones that'll ask for some cash
I can't even talk to my dad without his hand out
I was least likely to succeed, I'm the man now
Ten cars in the pole barn I don't even drive
Four wheelers, dirt bikes I don't even ride I just sit in this chair, blank stare, look outside
That's a hell of a price to pay for this life
Mater fact you know I been to hell and back twice
Angel stuck by my side that I shoulda made my wife
But I spend my time online lookin' at pictures of Instagram models
That's my addiction
Fly 'em out, give 'em money, this ain't free
Stay up all night, lose sleep
Get what I need, it's a disease
You ain't payin' 'em to stay, you're payin' 'em to leave, leave

[Outro]
I'm done man, I'm not good with this sad rap
That's just how I feel 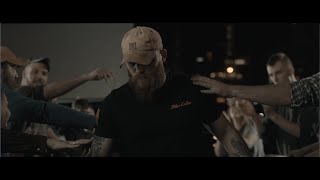 check amazon for The Dollar mp3 download
these lyrics are submitted by itunes3
browse other artists under A:A2A3A4A5A6A7A8A9A10A11A12A13
Record Label(s): 2020 ACal
Official lyrics by