[Verse 1]
I started back when you actually had to rap (Yup)
Starter hats, backpacks, pen and pad (Check)
Start shit rap beef put on wax (Okay)
Only white boys in a neighborhood that's black (That's real)
We had to go there to show 'em we had skill
But we ain't from here so I hope we don't get killed
This ain't 8 Mile, we were really in the field
And if you ain't Eminem then you ain't get a deal
Cash rules everything around me, facts
But now it's Percocet's and gay ass face tats
Get your chain snatched missiles aimed at your Mayback
They ain't bad for some white boys that came across the train tracks
They say I'm country rap, shit I'll take that
Change that, make it so country rap ain't wack
Face smacked, 808's slap
f*ckin' with my ape ass
AR banana clip, peel your damn face back

[Chorus]
White rapper, this cracker might slap you, wife snatcher
This is real life Dog, but I know you like actin'
White trashin', fight scrappin', never know what might happen
I can't f*ck with you little boys, Mike Jackson
Pick and roll, pick a flow, this year gonna be different though
I'm Michael Jordan, you just Scottie Pippen hoe
Give and go, listen bro, this shit should be dipped in gold
Like the rings on my hand and my sales digital [Verse 2]
I started back with this rap had to explain myself
Faggot ass rappers, y'all should all hang yourself
I grew up bangin' L, I ain't talking about Cool J
That shit's fugaze, too gay
But that's how you all rap today, kill you like Hussein
Tried to not let me in the game, too late
Hold up, let me change this shit
At least get your bars up to par before you start actin' hard on the gangsta shit
Sell your booty for some views and some likes
But you can't do nothin' to me when you on the mic
Oh you want a fight, at least drop a couple pounds
Spar a couple rounds before you lose your life
This cracker cold, cracked the code
Ameracal that went gold
Dropped The Throne then came War
Now Billy G.O.A.T. is at your throat
So here we go back on tour
This one goin' around the globe
I just say it how I live it
And that's how the story goes

[Outro]
Alright what I say, I said uh
Off the last album, I said um
I rap about my country so they label me country
You faggots disrespect the flag, I'll smack you for my country
If that ain't country, I don't want to be
In this industry with a bunch of wannabes, that ain't me
This is the Billy Goat
Motherf*ckers need to learn how to rap again
Explain lyrics
Correct lyrics 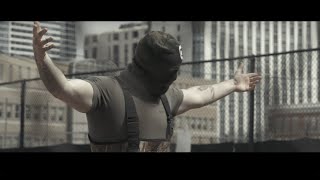