[Verse 1]
You can get the chrome hit the fitted off your dome
This shit you think you know think I'm kiddin' then you wrong
This ain't no song, just flexin' by balls
Y'all broke down like the shit in your garage
Put the pressure on your shoulder blade, talk that shit
Show up in a motorcade, f*ck that shit
Man everybody knows you fake, plus you a bitch
And everybody knows you hate, hustle and motivate
Everybody knows I'm the GOAT, greatest
How you gonna say I'm not your favorite?
As far as country rap goes everyone's just okay
But you know I'ma go
Crazy white boy get a job done, standin' by myself with a pump
What's up
You f*ckboys stand around don't even get shit done, shit's junk
I'm plugged in like light sockets and plus I am psychotic
Don't bark I bite Mike Tyson, roll dice gamble life that's in
You shouldn't f*ck around with me, f*ck around with me
You shouldn't f*ck around with me, I won't let it be
I won't let 'em breathe
RIP to a motherf*cker that want war with me
Run up get your ass served VIP
Whoop a bitch nigga ass my specialty SOB, son of a gun, huh
Look at how fast they run, uh
My pistola knocks heads off shoulders
That's game over done, uh

[Bridge]
Yeah, there are too many fake motherf*ckers doin' this shit and you know
You will never show up where I am
Listen man much respect to all the real dudes
f*ck the fake

[Verse 2]
Whole bunch of hoes and shit hoe clique
No talent havin' ass whole bitch hoe shit
Buckshot, get rocked, hillbilly hold this
Want smoke? I got it, who wanna get lit?
I ain't tryna hear about your trip
That shits gay as f*ck, two dicks, no bitch
Walk around lookin' like a lick, prolly rob these dudes with my fist
Who wanna get it rockin'? It ain't ever been a problem
We can hit 'em with a shotgun, you ain't gonna see tomorrow
He a motherf*ckin' goner, I'm a motherf*ckin' gunner
Ain't that a motherf*cker, motherf*cker, motherf*cker?
Leave 'em on slump shit, bump my shit
Took a city boy to show you what country is
Pull my boots on then kicked in the door
And lets burn the rap sense bitch this is war
Explain lyrics
Correct lyrics 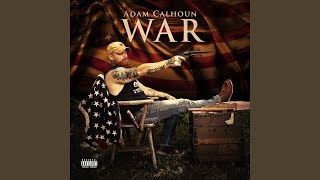