Who Could It Be Lyrics

Who Could It Be Lyrics

[Trae]
The same niggaz on the block, wrecking it won't stop
We bout to head to the top, cocked dropping the top
With glocks ready to box, somebody bout to get dropped
f*ck around with the Maab, you fin to get shined out
Do you really, wanna f*ck around wit us
Come out of the trunk, with a AK with us
Better watch out for brains, you got a one hitter quitter
Nigga we the Southside, H-Town mob figgas
Raw niggaz, on the block affiliated with drug dealers
Go getters, and a hundred percent thug niggaz
You don't wanna step to us, you getting hugged nigga
On the microphone with flow, you get drugged nigga
You better get somewhere, you can't block the shine
I'm ready for any nigga, that wanna get out of line
I'll tell you one mo' time, you better respect my mind
When a red light shine, go and lay it down
Who the niggaz that wanna talk down
Who the bitch that wanna hate, I'm fin to sweat up they face
Me and Doug and Ro, up on a paper chase
Trying to get it like a fiend, with a top case
In the race we done did that, candy blue
In the lap, wearing a black hat f*ck that
Somebody fin to get done, till everybody be gon
And nigga, we number one

[Dougie D]
I'ma give it to you live, I'ma give it to you raw
I ain't even fin to play, with you motherf*ckers
I'm a motherf*cker, that'll be packing a glock
Taking em out with red dots, I'm a head busta
I'ma Maab out I'ma ride out, no doubt
Making motherf*ckers slide out, need to hide out
f*ck around with the wrong nigga, pull the nine out
Leave a motherf*cker crispy, burned and fried out
Does the Dougie give it out, mmm-hmm
Like a nigga be smoking up on, good green fur
f*cking em up in the first round, yes sir
I'm just so cold, I make a nigga say burr
Gripping a round, me and my dogs get bucked With the Lil' Cl'Che, still ready to get crunk
We M double A-B, now little bitch what
On a treaty the microphone, we ain't no punk
Dougie D so thoed, and they already know
The Trae and the J Z-Ro, the By-Bo
Got a kin folk raw, that be gripping a gun
I got a king folk right, that be dropping a bomb
I got a click of motherf*ckers, putting words on the run
And when you thought it was over, nigga it just begun
And when you hear this shit, nigga don't you bump
When you feel you ready, nigga then come get some

[Cl'Che]
Got em all asking, who could it be
That Guerilla M double A-B, and C-L-C-H-E
The classified lady, sho nuff
Watch me shine up on the scene, make em all say their so thoed
Sitting back on these hoes, that's trying to out do my flows
And all I wanna do is get the key, and open the do'
For my Southeastern pros, f*ck it let's show em that we could
Swang the 4's, I'm on a mission steady trying to get the cream
Maab deep, with the KMJ killa team
Doing things, making mo' money than you ever seen
While you watching me, on your big screen
BET or MTV, posters hanging at your local grocery
Now everybody know me, Cl'Che make you lose your mind
Everytime you jam a Maab c.d., the Classified's on your mind
Southside I bring it to you live, so please don't underestimate me
Or my niggaz Trae, Dougie D and Z-Ro sing the hook for me

[Z-Ro]
Who could it be, blowing on doja
Consuming codeine, cause I'm just a soldier
That stays on his grind, chasing that feddy
These fellas they ain't ready, they lightweight and I'm heavy
The Mo City Don, king of the ghetto
I keep dropping bombs, cause I just can't let go
I'm thoed in the game, hydro or that do-do
Catch Z-Ro in slow-mo, Z-Ro not no hoe thogh
I swang and I swerve, like Tony Montana
My balls are my word, come down your chimney like Santa
And put you to bed, for talking down on a O.G
Really though y'all don't know me, I will make you die slowly 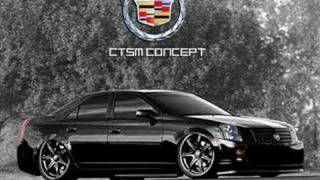 check amazon for Who Could It Be mp3 download
these lyrics are submitted by kaan
Record Label(s): 2004 KMJ Records
Official lyrics by

Rate Who Could It Be by Z-ro (current rating: N/A)
12345678910
Meaning to "Who Could It Be" song lyrics
Watch Video Comment Enlarge font Correct lyrics Print lyrics