Going Down In The South Lyrics

Going Down In The South Lyrics


Where you can get good weed good drank, or even get put to rest
Down here we rep the Screwed Up Click, or rep the Swishahouse
And we don't play games we gon take aim, or punch you in your mouth
On a paper chase for that big bread, H.P.D. act like dick heads
Cause they wanna know what we're smoking, and how much coedine in our big red
And we stay draped in VVS diamonds, VS1's
And we don't tolerate jackers, we take jackers to Vietnam
Sunday night is well connected, with Big Steve and Captain Jack
Tuesday night we at the rocks, with ten cars deep and all them Lacs
Jumping stacks dump a gat, steel jabs and quarterbacks
Yeah we rapping but it ain't just rap, money we need all of that
Bulgari glasses on my face, hand cannon on my waist
Candy blue paint on my ride, Trouble in the front in the back is Grace
Joseph McVey that's my name, and I taste diamonds in my mouth
f*ck a nigga named Lloyd Banks, it's going down in the South

[Big Boss:]
It all started with a tour of the B.C., to a half of the O.G.
Some dudes still fish swear, in a spot that's low key
You niggaz don't know me, you so baloni
You play in the pig pen, I hang where the folks be
We don't talk to police, leave that to you fonies Disguised as homies, to get me felonies
I forever be lonely, just me and my coedine
My tech has no beam, my aim is so clean
Been at it since 14, you can't control me
So quit the baloni, 'fore I go where your folks sleep
Hit your block and it's on G, the strap sits cozy
It claps but don't speak, leave flats no slowly
So don't provoke me, I was raised in the struggle
Good kush and kool-aid, so they stay in a huddle
If you call me on the blank runs, the next time it's double
f*ck stunting but if you want, Boss'll teach you how to hustle

[Z-Ro:]
Some of my partnas ride blue, some of my partnas ride red
And just like I got partnas that's free, I got partnas in the FED
I got partnas in the state, for killing niggaz or moving weight
I even got niggaz in the Army, in Baghdad and Kuwait
Every block you pass in H-Town, you gon see a candy ride
Whoever driving it gon keep a weapon handy, right by his side
Down here jackers don't hide, they be out all in the open
Therefo' when I'm in floss mode, I might shoot anybody that's approaching
Hit a nigga be it a bitch, cause I ain't ready to dig my ditch
Any given time I look like new money, to somebody that wanna get rich
Laws harassing as they pass, protect and serve they never do that
Instead of love they pull out a billy club, and beat us till we blue black
So f*ck the laws except Officer Tony, cause he real
Behind the badge he a Mo City nigga for life, and that's why we chill
Rest in Peace Big H.A.W.K., I think about you all day all night
I'll see you again one day, whenever I crap out rolling the dice of life 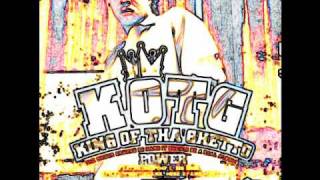 check amazon for Going Down In The South mp3 download
these lyrics are submitted by kaan
Record Label(s): 2007 Rap A Lot
Official lyrics by