Inside My Head Lyrics

Inside My Head Lyrics

This song will discuss four main parts of the brain, the cerebrum, the
cerebellum, the limbic system and the brain stem and one individual's use or
misuse of these parts.

Inside my head, or inside my brain,
is that part of me which keeps me sane,
which helps me discern between right and wrong,
and other things I'm gonna talk about in this song,
It's time for the people to know, so now I tell 'em,
what goes in my cerebrum and my cerebellum,
the though process that helps me get dressed,
get up and go to school, sit down and take a test,
it helps me determine if a girl is fine,
and the steps necessary to make her mine,
it tells me if something is cold or hot,
and I don't mess it up with crack, coke, or pot,
it helps my hearing, taste, touch and sight,
and smell so that I can tell that everything's alright,
it tells me when to get up and when to go to bed,
this is some of what goes on inside my head,
inside my head, I wonder what might happen,
if the day came and I stopped rappin',
would I still have friends or be all alone,
do they like me for me or for the microphone,
and also, when I go on a date,
to a fancy resteraunt, a hundred dollars a plate,
and people stare, is it because they recognize me,
or are they knee-jerk reacting to what they see,
I'm sorry, let me make it somewhat clear,
do they look with joy or do they look with fear,
do they think 'oh wow, Young MC is near',
or do they think, 'yo, get that nigga out of here',
I don't know, it's an unfortuante case,
that I can't read your mind when I see your face,
but on the other hand, you can't read mine,
so I guess that the status quo's just fine,
for instance, say I'm in a tall building,
looking out the window, what if I illed and,
jumped out, would it really matter to some,
and if they had my funeral, just who would come,
would they cry for me after I was gone,
well don't worry, that's not how I'm gonna move on,
cause I wanna go to heaven after I am dead,
but this is what I goes on inside my head

Inside my head, pretty women reign supreme,
because they enter my live and dominate my dreams,
I see one walking down the avenue freely,
and I look her up and down hoping that she don't see me,
then I wonder, what if the girl just stopped,
threw me on the ground and she got on top,
and moved and grooved until our bodies were slick,
then I stop and say 'man, that's sick',
but I'm not alone in this train of thought,
alot of people think it, but they don't get caught,
they just live their lives and keep it all inside,
another secret that the brain will hide, right, I wonder what it's like to live life wild,
I wonder which women will have my child,
will I be a good parent, or will I be cold,
then I imagine I'm five years old,
I'm running down the street without a care in the world,
puberty's later, so I don't think about girls,
Mom and Dad will do whatever I say,
they think it's really cute to see their son play,
responsibility is like a four letter word,
they say they told me something, I'll say I never heard,
forget growing up, I'll be a kid instead,
because this is what goes on inside my head,

the cerebellum is located below the octipal lobe and behind the brain stem.
It takes impulses from the rest of the brain and helps translate them into
coordinated muscle movements. Any msucualr acticity, from brute strenght to
a steady had, requires a high degree of cerebellur input. The brain stem is
located just above the base of the skull, and is the continuious connection
between the brain and the spinal cord. The lowest part of the brain stem or
the medullah oblongata actually becomes the spinal cord at the medullah's
lowest point and is concerned with the waking and sleeping states. 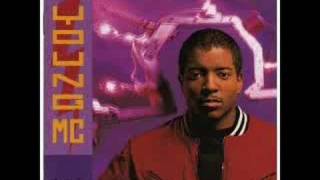