Back In The Day Lyrics

Back In The Day Lyrics

Back in the day,
growing up in Hollis Queens New York,
I used to play in the day til the day got dark,
and everyone around me knew everybody else,
no matter what you do, you're never by yourself,
school and homework were neccessary evils,
before you went out and daredeviled like Kenivel
football and softball and b-ball we played,
cause that's that we went about it back in the day

now back in the day,
block partys going on in the summer,
the echo in the street was the beat of the drummer,
guys and girls dancing, and kids ran around,
when I got a little older, grab the mic and throw down,
I always rocked the party, I never was afraid,
cause if you made a record you was gonna get paid,
Baby D was in there, and so was Super Rhymes,
and every signle DJ had a pair of good times,
now ?? hooked me, and put me in the crew,
but 15 brothers made it something like a zoo,
when I got through, like the other crews around,
with Jam, Pete, Hollis Crew and Solo Sound,
but meanwhile, all the kids were getting into fashion,
spend a couple dollars, hit the ave with a passion,
trying to be in with the rest of New Yorkers,
mock necks, knees, and a pair of british walkers,
the ?? to the turn to the ave for the shopping, and once you got started, yo, there was no stopping,
and when it got cold there were coats to get inta,
sheep dogs and goosedowns that keep you warm in the winter,
collecting dust in my house today is some of the gear that I used to wear
around the way,
you gotta dress to impress is what I always say,
cause that's the way you went about it back in the day

back in the day I watched wrestling with Superfly Snuka,
a quart of ?? and a strawberry bazooka,
5 for a haircut, and they can make it thourough,
and 50 cents can get you anywhere in the borough,
karate movies came on Saturdays at 3,
the films were kind of cheap but they were dope to me,
movie scores for 3 bucks, and 5 in the city,
so 20 was plenty, with someone who was pretty,
you had to have heart, though,
and suckers were forbidden,
yes we were kids then, but no we wasn't kidding,
I often reminisce about the real good times,
yo, I know it's not Georgia, but it's still on my mind,
back when we used to have the partys in the park,
and crack wasn't nothing but a broken sidewalk,
you helped a brother out so he could make his way,
cause that's how you went about it back in the day 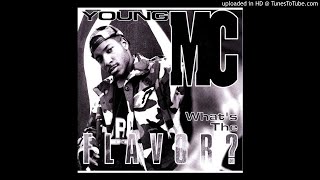 check amazon for Back In The Day mp3 download
these lyrics are submitted by kaan
browse other artists under Y:Y2
Songwriter(s): Maurice Young
Publisher(s): First And Gold Publishing