I just wanna talk to you one time
I really don't want to, but I have to, gotta ask you
Did you really have to?
My trust wasn't even that bad and I would've put it past you
Now I don't trust shit
Cause you wanna do that little dumb shit
I wonder if you went to sleep that night
Prolly felt bad, Slept it off, woke up, ate something right
I ain't eat nothin, way too disgusted, bitch
I was up cryin pain in my stomach, bitch
Was it just tryin to help you or control me
I hope it helped you cause it broke me
I went to the pew to consult me
But it didn't change, I can never be the old me
Feeling lonely and I ain't want no one to hold me
Cause I ain't wanna meet another you
Prolly take a day, or a year, to get over for you
But for me I don't think I'm gettin through it
When I have kids Imma be so overprotective
Play detective cause I can't let
Knowing what you did to me, happen to them, not again
I hope you know I cry sometimes
I wonder if that gives you strength
I don't know how you feel, but I feel like shit, for real
Really almost slit my wrists, for real
Bet you ain't know I have nightmares did you? Bet you prolly don't care
Prolly somewhere with a smile on your face
Not knowing that I feel this way, damn

I can't erase it
I know what you're going through, trust me, I really do
But it can be worse if you let it be
This is your moment, to see from a different view
I know it's a struggle cause you would be happier
If you could forget what they did to you
I know they invaded, but you still amazing
That's somethin' that they couldn't steal from you
That's somethin' nobody can take from you
No it's not your fault so quit blaming you
They knew it was wrong when they did it but kept going with it
It's nothin you made ‘em do
Keep hugging that pavement it'll strangle you
I know you can make it, I pray for you
Accepting what happened is brave of you
It's brave for your body, you made it through 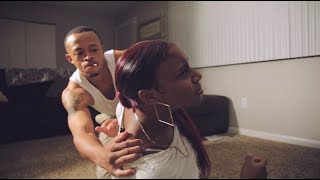