Life isn't quite what I thought it'd be
When I was a kid on VoIP
I thought when I'd get older, I'd marry her
I told her

Oh, yeah, I've met Jared
('Course I've met Jared)
The one who took you away from me
You hit it off instantly
I know, 'cause you won't stop telling me I've seen his jawline, shoulders, and muscles
Push against his fashion sense
I've thought about what he looks like nude
(I'm not gay, though)

And even though he's got social skills
Doesn't mean I can't pay the bills
Anyway, make the most of him
'Cause she moves on pretty bloody quick
Oh-oh, 'cause your new boyfriend's an arsehole
Explain lyrics
Correct lyrics 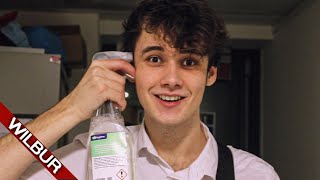