When We Were Young (philo Version) Lyrics

When We Were Young (philo Version) Lyrics


When we were kids we used to climb over the back wall
into old Dan's scrap yard, then into the snooker hall
where most of us kids were barred. And into the Roxy
and the Stella where film stars starred. That's were me
and Hopalong Cassidy and Roy Rodgers got drunk, and
jarred we might have been the saviours of men, the
captured captain in the devil's dealing den, and we
might have been the magic politician in some kind of
tricky position, but like an old old master musician we
kept on wishing, we were headed for the number one hit
country again.

There's an old photograph of Dan I wish you could've
seen, of him and the boys, poised, standing in St.
Stephen's Green. Y'see they were part of the great
freedom dream, but they were caught and detained and
are still locked inside the frame of the photograph.
And he might have been, the clever con, the good
Samaritan, the Rascal___ man, and he might have been
the loaded gun, the charlatan of the tap dancing fan, but like an old old pioneer from outer Afghanistan he's
headed for the number one hit country again.

Old Dan the Raincoat hums the very special notes of his
long lost favourite melody. It reminds him of a love
affair when he was young and did not care. And the
parting, so soft so sadly that he might have been the
laughing cavalero, the wise old commenchero, the
desperado, the gigolo from Glasgow, the good looking
Rudolph Valentino, but like an old old hunter in search
of the female buffalo, he's headed for the number one
hit country again.

Cos up til now my youthful age was a useless wage, a
torn out page, a worn out gauge, a dirty shade, a big
charade, a has been made. And honesty was his only
excuse. I took your love and I used it, and honesty was
his only excuse. 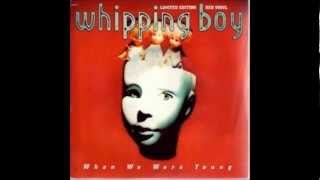 check amazon for When We Were Young (philo Version) mp3 download
these lyrics are submitted by kaan
browse other artists under W:W2W3
Record Label(s): 1995 Sony Music Entertainment (UK) Ltd
Official lyrics by