Be Kind To Animals Lyrics

Be Kind To Animals Lyrics


"Each if you, must distinguish for himself between the scenes of; cold reality, and those of; pure illusion..."

They call me old McDonald I live on a farm (yo) I don't even have a burgler alarm I got a big gun, sometimes I shoot little birds just for fun so don't be steppin' on my property son Got mah wife and three boys, and little girl up till last week I didn't have a care in the world Till, little Johnny started acting crazy Cause pappa shot Daisy I was like; Hush little baby don't cry oh just chill God made animals for us to kill I said: stop crying damnit, just, stop acting dumb Ey were you think that burger's comin' from! But then Johnny ate something dead (?) So that night the boogieman came out from under his bed And sat beside his head His eyes began to glow red And this is what he said: Hey Johnny, how you doin' sonny? What smells so yummi? Gahhaaa something bloody in your tommy Ghah you big fat dummy You can't call ur mommy cause ur sleepin' when we come creepin' THey gonna nipple your toes While I stick my long thumb up ur nose And then all my sick little friends and I Are gonna sing scary songs till you cryyy hahaaaah!

Be kind to animals... They're our friends...

"All obsessed, with the taste of flesh"

Once upon a time there stood a magnificant house up on the hill overlookin' the sea the garden was as pretty as can be And no doubt G, the lord of the house was very happy however, one day he decided to embarg on a long journey For his dreams set a field to him magic far away lands so he began making plans he knew the long road ahead would put him to the test so he crossed his heart, and hoped for the best Only upon his return would he rest and so began, his adventerous quest Not after long, word got around that the lord of the house on the hill was out of town And so, three wicked men hellbound Kicked down the door to see what they could score Yo they chilled out, in the lords temple Four blabla many moons (?) (huh!) Living like kings Helping themselves to the finest of things The hands of the badguys with fat diamond rings Well unbeknown to the three wicked men The lord of the house returned again "What the hell is going on?" Yelled he. "Best ye flee or ye shall feel the touch of my steeeel!" Out the windows they fled Struck by dread Back to the land of the dead The moral of the story: Your body is your temple So yo! Act like you know!
Be kind to animals... They're our friends... 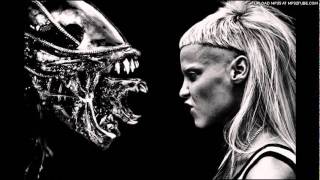 check amazon for Be Kind To Animals mp3 download
these lyrics are submitted by kaan
browse other artists under W:W2W3