[Verse 1: Esham]
f*ck 'em up, f*ck 'em up! Hit 'em wit a uppercut
I'm from the fight club, you know we nothin' but love
Bring it don't sing it, I'm the king of the ring
Ding ping, swing bitch cook you like a chicken wing
UFC can't f*ck with me, I'm the ultimate champ
Jujitsu I'm amped, you can go ask Vamp
Boom bam! God damn! Slam damn! Body slams!
If you're looking for a motherf*ckin' fight here I am

[Hook:]
Fight club!
If you think that you can hang, throw them fists and let 'em swang
Jump! (Get some) x2 -Fight club! If you think you hard enough come and get some uppercuts!
Jump (get some) x2

[Verse 2: Violent J]
Run up in the spot, slap a waiter
Fight has broken out seconds later
I love to fight, I'm an instigator
Swingin' bombs, three hand-grenaders
Creep to bounce him, rock his nose
The bloody splash, it all explodes
The only rule is there ain't no rules!
Beat on any damn random fool
It's about the action, about reaction
Broke his ribs like a fraction
Snap your jaw piece crack your skull
Explain lyrics
Correct lyrics 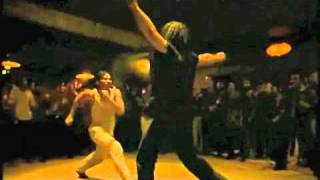