[Verse 1: Vic Mensa]
Uh, back to reclaim my throne
I'm the prince of the city, young Machiavelli
Staged my own death, outwitted my adversaries
From the land of Larry Hoover where they bury shooters
I'm shining hard, Stanley Kubrick, we don't live by the law
Two-time felony charge, gun-toting
Smoke 'em like Lamar, ball like a young Odom
Where crack hit the Chi the same year as Michael Jordan
My trap phone got more rings than Robert Horry
I got a story make Shakespeare say that's tragic
Speak my mind, I got a bad habit
Became a hazard to my health like Corona to an asthmatic
I Roc like the old Jay but I'm a backstabber 'cause I un'd myself
I got better shit on albums I shelfed than shit that you went platinum off
Too fly for my own good, it's my albatross
I'm a beast boy, I just love to self-sabotage
p*ssy niggas talking down, vagina monologue
I ain't running, but I'm tired of y'all
I could call Farrakhan or I could get you tatted
On the limbs of your friends, have 'em crying like Kavanaugh
Back on my bully, don't be a matador
This ain't no red flag, shooters in red rags, looters in Hermes
Mask on, you still see I'm the future
But I had to learn not to judge a man by his past, so that's all I ask
[Bridge: Vic Mensa]
Uh, young Machiavelli
Still alive across the belly
Uh, lemme get it back

[Verse 2: Vic Mensa] Uh, Lake Shore Drive with the top back, rocking Y Project
With my ride or die bitch, nigga where The Lox at
Had so many conflicts, that shit got crucial
I was really fighting for freedom like Desmond Tutu
Shit is like apartheid if you seen the South Side
No upward mobility, they got niggas paralyzed
Paper Planes snapback, shout to Em and Ty Ty
Yeah, I did a rock album, that's cause I'm a rock star
I'm from where the Moes push rocks like the tomb of Jesús
To put new 22's on they coupe, selling D, ducking 12
Undercovers looking for Proof, I push off the roof like Bishop in Juice
A window in my reality, two-parent household from an immigrant family
Middle-class salaries on 47th Street by the Stones
Where they move white out the house same block as Obama's home
Uh, born alone, die alone, it's still SAVEMONEY
I take that to the grave with me
The game's funny, a nigga went from robbing in the hood
To the Robin Hood of Englewood, I'm feedin' niggas
They produced these circumstances by beatin' niggas
Mistreatin' and misleadin' niggas
We the niggas jumped ship, did some underwater breathin', nigga
Why I gotta live my death 'fore they believe a nigga?
[Outro: Eryn Allen Kane]
Still alive
Alive, yeah yeah
Still alive
Alive, yeah yeah
(Ooh, ooh, ooh, ooh, ooh)
Alive, yeah yeah
I'm still alive
I'm still alive
Explain lyrics
Correct lyrics 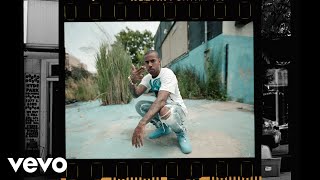