I was at the bar with my drinkin' team
It was me Jack Daniels and my homey Jim Bean
We were kinda blitzed and we were trying to behave y'all
When in walked a soldier, he was from the fuzzy naval

We were fallin', stumblin', crawlin'
Her come da police, Captain Tom Collins
And the rapper said freeze
He said, "Hands in the air and hand over your keys"

So I talked to Marguarita 'cause yoh, she was flyer
I took her to the coast 'cause I wanted to screw driver
Now I'm not one for a speech
But there was plenty of Tequila and Sex On The Beach, y'all

Tequila, te-te-te -tequila, tequila Here we go again and I'm not fussin'
See I'm a French Mexican but I can get with White Russians
At the bar with a drink in my hand
In walked Jose Cuervo what was Margaritas man

I talked to the wise man cause, yoh he's distinguished
His name was St. Ives and he spoke in old English
He said, "You'd better think fast
'Cause Jose is kinda crazy and I heard he Shot Glass"

He gave me some advice and it went like this
Catch the night train and head up to 'cisco
I didn't wanna stick around
I caught the 1: 51 to New York, the Grey Hound

Now I'm at the Red Zone, everybody's stylin'
Was sippin' Ice Teas on Long Island
I blacked out and the party came to a halt
'Cause I was drinking the Tequila with the lemon assault y'all 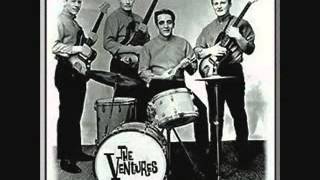