The Man Without Fear Lyrics

The Man Without Fear Lyrics


My girl's leg is an M-16
And when we make love her face is mean
She likes to scream when I touch her there
She likes it rough so I pull her hair
My so called 'Life' - sex, drugs, rock & roll
I walk the bridge, I paid the toll
And let's not forget a diamond is just a coal
But the process will break the mold
They say the ghetto was era (C'mon!)
To see the shit I've seen you gotta go to Planet Terror
Even my car's Death Proof
And when I'm at the red-light I dust 'em off like POOF!
We moving on up like The Jefferson's
Cuz I can change an airplane into a starship
I know you dig my style like my ancestors with the magic carpet
Oh I'm so up on it, I killed Caido and then the Brown Hornet
This is the Grindhouse where we grind out
This dude's talking shit lemme find out
I'm like leatherface when I wild out
I'll put 'em in a hole he won't climb out
You just a sucka emcee with a colorful name
When it rains it pours, you can't contain
Them Hot Boyz is out, watch the flame Word on the street is they ain't feeling you man
You better get that ship ready to set sail
And lead them kids Waiting to Exhale
I do all the work so I'mma get my cut
And keep a chicken, a bikini like Jabba the Hutt
I'll cut ya hand off like Luke I am ya father
But this ain't Cloud City
Its roaches and rats, project, gritty
Yeah, where cats act shady
And we're the illest kids who grew up in the 80's
And you ain't seen drugs unless you seen a crack-baby
Yelling in an incubator, gon' crazy
Shots bang out; this ain't the 4th of July
And if you nosy you might catch one in the eye
Don't mess with the spider cuz you think you fly
I know you wanna hate cuz you need the exposure
You got three albums and nobody knows ya
I strive to live life
But I ain't getting f*cked like the heart beats five
We in the Major League and if you swinging at me
I'm on another page like Sancho
Niggas wanna blaze so I copped the dro'
That's four blunts a day I got the doe 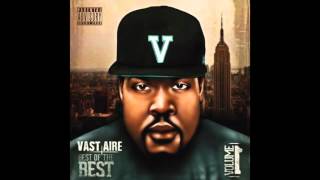 check amazon for The Man Without Fear mp3 download
these lyrics are submitted by musixmatch2
browse other artists under V:V2V3
Record Label(s): 2012 One Records & Ent
Official lyrics by