a real country bumpkin
Get up off his property
Fuzzy Lumpkins
Dumpin', enough raw lead to leave a forehead sunkin'
When he's on tour, keep your paws off his pumpkin dumplin'
Town village nympho, now it's all his, though
The way she got down was far from privileged
Break up to make up
wake up and smell the indo
Just from how she liked to show her belly button window
Couldn't tell em nothin', 5200, Atari, or Sega
Test tube elves with the lid, Garcia y Vega
His tongue is like a sword that's mighty like a pen
And you ain't seen nothin' like The Mighty Quinn
Seal the deal with the shakin' of a hand
People's catchin' feelings like it's Making of the Band
Villain have your fake man, quakin' in his Vans
When he do a jam, fans break dancin' in the stands
Chances are
, he'll lose the battle and the war
Tryin' to go to shore with just a paddle and an ore
Oo, shucks, he should have known them two schmucks
Would have camped through the game
And? named ducks? off buku bucks
Metal Fingers
, fix the beat with fire water
I advise all fathers to watch they daughters
It's goin' down tonight
We got monster's in the club, and they ready to fight
Metal Fingers, fix the beat with fire water
I advise all fathers to watch they daughters
You know we keep tricks up the sleeve
Comin through with the justice league [?]
I used to sew army patches on my favorite coat BMX got your guns, old folks got soap
Homeless Sally from Cali cursed, cats in the alley
Sounds so foul, we washed our mouths out with soap
I came up with cats, who never be smilin'
I called DOOM he sent me in on Monsta Island
Where the girls look good
And them MC's be whilin'
You can catch me in Valuer Suits, stylin'
Little J holdin' hands with the Baroness
Storm Shadow and Snake eyes ain't got nothin' on this
I got them Go Go Gadgets
So when the cobra come through the floor
I'm puttin' snakes in baskets
We rhyme and do our thang
He's like Stimey from Our Gang
Ta Twang, try me, and WHA DA DA DANG
I don't think you want to know
And want me to, I'll tell you
But then I'd have to kill you
It's like a Grilled Cheese sammich
Gotta bring the butter or the bread'll get damaged
Flip it, slice it, and give half to Vast Aire
If you ask nicely, and bring a glass
We'll share the last beer, here
the Cold Vein
Doomsday
, we don't need no pop
REVOLUTION, we hit cops with Judo Chops
All you see is red, black, and green
Know I'm down for my team
They killed Radio Raheem!
Now I want to smoke a blunt, you know, blow off some steam?
Open my mouth like Godzilla, and all you see is light beams
Now this rap shit ain't all that it seems
You can leave it to the Supa Friendz to spill the beans 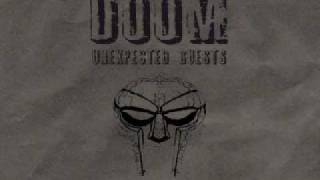