Just one crazy moment while the dice are cast,
He looks into the future and remembers what is past,
Wonders what he's doing on this battlefield,
Shrugs to his shadow, impatient, too proud yet to kneel.

In his wake he leaves scorched earth and work in vain;
Smoke drifts up behind him - he is free again,
Free to run before the onslaught of a deadly foe,
Leaving nothing fit for pillage, hardly leaving home.
And it's far too late to turn, unless it's to stone.

Charging madly forward, tracks across the snow,
Wind screams madness to him, ever on he goes
Leaving spoor to mark his passage, trace his weary climb.
Cross the moor and make the headland; stumbling, wayward, blind.
In the end his footprints extend as one single line.

This latest exponent of heresy is goaded into an attack,
Persuaded to charge at his enemy.
Too late, he knows that it is, too late now to turn back,
Too soon by far to falter.
The pass sits uneasily at his rear, He's walking right into the trap.
Surrounded, but striving through will and fear.
Ahead of him he knows there waits an ambuscade
But the dice slip through his fingers
And he's living from day to day,
Carrying his world around upon his back,
Leaving nothing behind but the tell-tale of his track.

He will not be hostage, he will not be slave,
No snare of past can trap him, though the future may.
Still he runs and burns behind him in advanced retreat;
Still his life remains unfettered; he denies defeat.

It's far too late to turn, unless it's to stone.
Leave the past to burn; at least that's been his own. 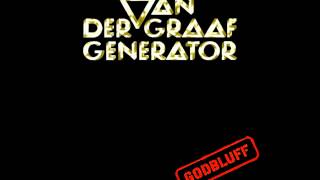