[Verse 1: Da$H]
It's that Orangutan rap
King Kong hanging off the Empire State shit
Jane in my left hand
V hit my turf and you's a dead man
These pills can't hurt me worse than regret can
Santana Moss, I ain't a Jets fan
Lambs wear broken, the plans get spoken
A hoe gets choked if she acting up
I'm channeling a code to Henry Hill
My mistress flew in from Brazil
I bought two choppers cause I'm feeling like the coppers on my tail
Shit is real, done
Son'n niggas like I'm stepdad
Dolla been clocking, serving Oxy up in Chem class
Turning people's kids to fiends to watch my dreams come true
I mean somebody gotta lose if it's a dub you pursue
He slumped in the coupe the color of moose
Back rubbing and he f*cked the masseuse
Just my brothers a few blood niggas and guns in the crew
We unbudgeable
Look in the mirror and ask yourself nigga, f*cking with who

[Verse 2: $ha Hef]
.357 recline ya, my bitch mouth is designer
No warning shots, this is just a reminder
Not to f*ck with a young made trap boss Ya limbs'll get hacked off
So watch ya mouth, ya lips'll get smacked off
My bitches get packs off and train like Angelina in Salt
Suck you to sleep and then they slip in the vault
You ain't no thug, you caught a simple assault
My whole team got A-1 felony, f*ck is you telling me
Funny nigga, look like Bill Bellamy
Counting stacks, pockets full of celery
Bodies in the cellar, two gym stars swinging like propellers
You a rat, and I ain't tripping off of cheddar
Fake tough and get you wet up
All that laying up with hoes'll get you set up
You say you getting money, put a bet up
Red bandana, wrap my head up, blood
This out the mud gang, 9 Trey gangster, this is blood gang
Coming for your block, and make it flood gang
Off every drug but I'm functional
Black, I'm never punctual
Dine filet mignon, you eating lunchables
I come around make you feel uncomfortable
Ain't really with the fronting
Pull a stunt on me, that .40-cal is slumping you 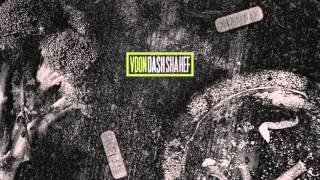