[Ced Gee]
I'm a radar, sendin message to competitors
Eliminating, another predator
from the face, of the Earth
Not the first to feel the wrath, of my curse
Competing, just like David and Goliath
My rhyme's a slingshot, and yes they triumph
over the weak, minds, who claim they giants
I'm more defiant, while you're relyin
on, your weak rhymin with connectors
But I'm Ced Gee, the rhymin inspector
Delta Force, number one, Omega Supreme soundwave
Bringing your dreams to reality
And by the formality of thoughts
Yes, atomic of course
You steppin to me, you take a loss
Radical, the replication of a quasar
A pulsar, immense to suplicate
Crush a germ, then further eradicate
Destroy, which means to eliminate
Wipeout, remove, erase, and annhilate
Suckers, crews to soloists
You need a barricade, my rhyme's a hand grenade
Blowing up your brain, techniques astonishing
Just like EnDust, my rhymes are polishing
rappers, cause to me you're like furniture
Dusty old and gray, and I'ma cleanse your soul Rap to take control
I'm Ced Gee, and I'm on a roll
My name's the Delta

Back to take control as I begin
to rip this mic apart, from end to end
Combine the rhyme that's mines to make em blend
Produce a beat that's dope
I hope you smoke the dope I wrote I quote
I made your brain choke - you need an antidote
of, rhymes, just like funky potions
It killed your membranes, so now you're hopin
that you can become, another intellect
But you're a dummy, your rhymes can't connect
metaphors, cause your style is very basic
You leave traces, you have no aces
Jacks, Kings or Queens, or even deuces
I'm like Spades, you can't renege this
Ultramagnetic style of rhythm
Brain combustion, is what I give em
to make them shake and hesitate and make mistakes
to stay awake cause the Gee stands for Great
Man, reachin my apex
The more I climb, some rappers hate that
twist and change the way I rearrange their brains
Cause I'm the Delta 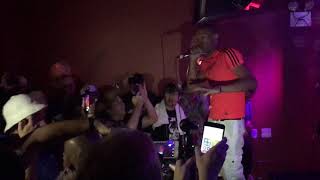