[Intro: Tyrese + Black-Ty]
Oooooh, ooh-hooo yeahhhh, ahem
Ay play that back one more time (okay here we go)
{*knock on door*} Ay who dat?
It's Black-Ty!
What's goin on man?
I gotta holla at you about somethin
Give me one second

[Black-Ty]
Nah, you been ignorin me for years
I wanna talk to you right now about my rap career
But I'ma take you way back to when you first start rappin
'Member you was in the rap group Triple Went Pack

[Black-Ty]
See, that's the problem, we don't share the same vision
I've been tryin to think of what to say to make yo' ass listen
But nah, every time I bring up the subject
You comin back at me talkin R&B shit

[Tyrese]
Cause I know hip-hop, is a dangerous game
I love hip-hop, but I don't want that thing
All my concerts, got girls in the audience
I don't want nobody tryin to take my life and shit

[Black-Ty]
Yeah right, you know you wanna get back on the mic
Cause every time you on stage singin you cuffin the mic
Tellin your fans to put they hands in the motherf*ckin air
And wave 'em side to side like they just don't care

[Black-Ty]
Aight, I admit it, the rap game's a little shady
But they ain't gon' ever dance in the club to songs like "Sweet Lady"
I see you pop bottles with top models and then you go to the floor
You dance to e'rybody's shit but yours

[Tyrese]
Mmm, nigga you startin to piss me off
Won't you climb back in your box, Black-Ty get lost
I can't believe you send that 'bout my song "Sweet Lady"
Please leave me alone, you about to drive me crazy

[Black-Ty]
Man you trippin, it's way cheaper to make a rap album
Ten to fifteen thou', you payin 100 thou' per track
And you don't wanna rap nigga?
Put out two or three albums and go platinum nigga? Damn

[Tyrese]
Mmm, man I'm not listenin to you
I love R&B, this is what I do
R&B's the reason that I'm drivin that Bentley
House on the hill, bank account got plenty
So nigga don't talk to me, about R&B
when every rap nigga out tryin to sing

[Black-Ty]
Yeah that's true, but I ain't gon' ever do that shit
I'ma call a R&B nigga to sing that shit
Matter of fact think about it, me and you can be on the same record Me on the verses, and you can sing the hooks and shit
Man, I guarantee we'll win a Grammy with that
That's on me, we'll shake up the industry with that

[Tyrese]
Probably so, but no, I don't wanna do a song wit'chu
Cause I probably never ever get along wit'chu
Who do you think you are, talkin to me
Nigga get up outta here 'fore I call my security

[Black-Ty]
Call 'em, I don't give a f*ck, we from Watts, remember?
I walk right past the sign that said 'Do Not Enter'
Matter of fact you a singer, why you need security?
Ain't nobody even after you; you Hollywood dude

[Tyrese] Nigga hold up, I got a phone call comin through

[Tyrese Gibson – the actor]
This is Tyrese Gibson the movie star, I make more money than both of you
While you talkin rap and R&B dude
Everybody that, raps or sing is makin movies

[Gibson] Cause ain't no money in the music industry; one!
[Tyrese] Uh, damn, did he hang up the phone?

[Black-Ty]
Yeah the nigga's Hollywood, he's gone
Like I was sayin, I just wanna get at you about some business homie

[Tyrese]
Ooooh man I don't wanna talk to you about this shit no more
Please get out of my vocal booth and walk out the door
Who do you think you are talkin to me?
I'm a singer and all my fans love me

[Black-Ty]
I ain't tryin to stop you from singin R&B
I been in a little box for 12 years, I just wanna breathe
Let me out please, I guarantee
that everybody in this industry gon' wanna do a song with me

[Tyrese]
Awwww damn, let me think about it...
Awwww damn, I'm done thinkin about it
Hell no, hell no
I don't know if I'm ready to let you out (let you out)
These niggaz might not understand what you about (you about)
You might be cursin and callin women out they names
It might be disrespectful to my whole fanbase

[Black-Ty]
Nah man, I got a whole lot of respect for these hoes
I'm just f*ckin with you nigga, for real it's a joke {*chuckles*}

[Tyrese]
Nah man, I don't really think this shit is real funny
Because of my fans I made a whole lot of money
I was able to travel around the world and shit!
Five-star hotels with black cards and shit!
I know I never won a Grammy, so what?
Everywhere I go my fans show me so much loooove

[Outro: Black-Ty]
f*ck it, pssh
Guess I ain't gon' ever be able to get through to you
I don't give up that easy though
I'ma get at you tomorrow
Go ahead and finish your lil' R&B song punk
{*door closes*} 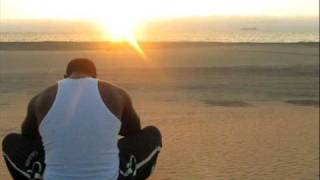