[Intro]
Swag central
See what we have here is
An open invitation to the first day of the rest of your life...
Rese!

[Verse 1: tyrese]
Just pulled up to the club in a mclaren? like "oh"
We hopped out and the girls followed us as we escorted to the top floor
Got bottles in one hand, cash in the other
Stacks flying everywhere, need an umbrella
Cards unlimited, keep on spending it, cause I got money to blow

[Bridge: tyrese]
After we leave this club, it's on
Yeah you already know
Got a lot of fly chicks trying to leave with me
So now I'm ready to go
I've got so many, might need an extra car
Don't worry about drinks, baby, I bought the bar
Bottles everywhere, don't need an entourage
I know I do it big, but big I hustle hard

[Hook: tyrese]
I swear I make it look too easy
Suckas wishing they could be me
Naw, haters can't see me cause I'm too hot for tv
If you chickens don't believe me
Put it in your face like green beans
That attitude is so greasy... I make it look too easy [Verse 2: tyrese]
You can't get what I get unless you got a passport
Because my swag is so... international
From brazil all the way to tokyo
I bet you haters thought I would never blow
Now I'm doing what bosses do
Calling out shots from the vip and all the chicks wanna roll with me
Cause they know

[Verse 3: ludacris]
I wake up in excellence
Good lawd! this the new testament
There's one life to live for dead presidents
So being frank don't insult my intelligence
Get it? meaning money, I'mma get it!
You love it don't ever own it, you rent it, you just a tenant
Forget it, I'm in the guinness like dennis, I'm just a menace
To society, luda will pop eyes for the spinach
Yeah, I'm on that lyrical tip
Plus the coupe's all-white, it's a miracle whip
Then I'm in between the sheets, say I"m flipping the script
With two bad foreign woman: dual citizenship
'Rese! 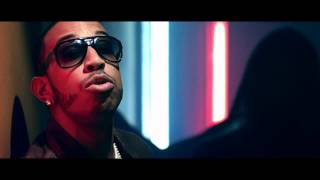