[Verse 1: Ab-Soul]
This long term shit real, check my motherf*ckin' resume
While they was gettin' fly, I was trynna levitate
Dabble through my catalogue, and after all you better say
I done keep it f*cky from the jusmp but it doesn't stank
And that might not register with he or her
Who doesn't think, who doesn't think he hasn't earned
His spot in history without a body burned
It's not that I'm an alchemist but I can turn
Any metal into gold, nothin' into something
And when it feels like hell, I know that heaven's close
And it ain't up for debate so change the subject
Sometimes I feel more awake with my eyes closed

[Verse 2: Fred The Godson]
Everybody needs somethin'
They see my show and it's sold out
Wrists rocky, so the money I Stallone out
Niggas buggin' out, need an exterminator
I leave your body covered in chrome, the Terminator
I'll change a hater's concerns, to be concerned with paper
Then he'll produce like Erik Sermon, hear the sermon later For now, I read they comments, I browse
Supreme, I'm on my taxes, I'm rain' they eyebrows
You might be jumpin out the window
Coming at me simple with my style, nah
Broken dreams led to fixed realities
I was trained like the Santa Fe, fatality 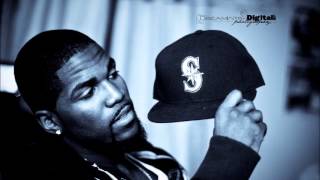