I done left some niggas where I saw 'em, but that's old shit
I'm goin' to the fed' max they find another pole stick
Catch him, get a coffin, where he goin', he be homesick
f*ckin' on somebody everything, I need my own bitch
I done came accustom to the trenches, this my habitat
Double doors, I matte it black, Runtz for the cataract
40 Glock, a single shot, button make it rat-a-tat
[?] watchin' half a brick, made that off of battle rap
Watch the cloud clear when the gun rise, homie, then I want mine
Relationship with fiends, I felt the pain when her son died
Niggas tight as army knots, relationships get untied
Chopper for the real beef, the baby Drac' was fun size
Cloth cut, the bravest can't fade us
Braggin' to the neighbors how we made the front pages
Calls to the plug, he so generous with favors
Them Pelicans, they came from LA was Ant Davis
You shut your mouth, you make it out
Couldn't make the murder stick
Gun plug ask how many shots my niggas [?] clip
Bandana, toothpick, we sideline some birdie shit
f*ckin' on a cop bitch, she cool with my 30 clip
You ain't got you one up in the top, then what you got it for?
Niggas almost killed me, but they didn't, that is not a score
Savage, lotta hits, no, we don't brag about attempts
In the rental with the temp and the 40 with some [?]
We stack it 'cause we gotta ball Like the youngest homies, they ain't got it all
Shawty crib the stash spot, key to that, ain't gotta call
If everybody hold the shit dow, then we don't gotta fall
I was gettin' head watchin' Halle gettin' Monster Ball
Wiz playin' Call of Duty, [?] sent the load out
Hand guns and baby chopper, vest incase it's cold out
He ain't ask to see his lawyer, wonder what he told 'bout
Still be in the hood, be playin' spades in the fold-outs
Heavy hearted, opps surround, be very cautious
Learned a lot from every loss
And when it's one of yours, it's such a heavy coffin
I say, "I love you," then don't lie to me
A wheelchair for rollin' for his hood, damn, the irony
Ever catch the one that sat him down, we gon' iron him
Lil' homie drillin' for his L, so I hired him
Violence, glad the opps kill us, it's a challenge
'Cause wrote me stressin' 'bout his time, he stopped countin'
And money be the plan
A plate, chair, fork at the table if you fam
I'll show you how to get it, nigga, can't hold your hand
Been feelin' like the man, my bitches like to tan
And she don't do the 'Gram, only got her Only Fans
Look, baby, still spinnin' through the bricks
Long as line is straight, a nigga feel rich
Loyal to who feedin' you, I judge you by who breedin' you
Cautious of who be with you, no suckers in your vehicle
Gang
Explain lyrics
Correct lyrics 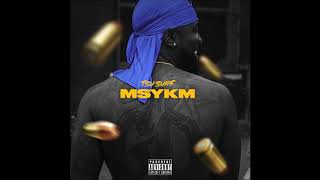 check amazon for 3:27 Am mp3 download
these lyrics are submitted by gsba1
Record Label(s): 2020 Raw Bunch
Official lyrics by