I thought my CD was done
But that's not what they say
"Do an insult track, we need it for radio play"
Cram in the names, I'll take a long hard pee
Time to mess up the biz like an MP3

American Idols, that's who I look for
In the poop section of my local record store
Ruben or clay, oh which should I pick
It's like choosing which puddle of vomit to lick

And when I want something even more fruity and fake
I look up 'N' for N'Sync or 'T' for Timberlake
So many skills Justin's making a buck at
Does he rap? Does he sing? He doesn't know what to suck at

Now as for the bitches, let's give Britney thanks
For the face that launched a million pre-teen skanks
You were a virgin, that had to be hard
You've had more bones in your mouth than a St. Bernard

And yet you're too old for Fred Durst to desire
He's checking out the cast of "Lizzie McGuire"
Soon Fred will try to get Mandy Moore
To open for him, and I don't mean on tour

You're not the first, Durst, poor R Kelly
His videos premiere at the LAPD
I believe they set up an innocent guy
You know what else? I believe I can fly

Now look how friggin cool those guys from the Strokes are
Their riffs are three times as old as my jokes are
Hey White Stripes guy, is that your wife or your sister
Shouldn't you be playing country music, mister?

Hey Coldplay, maybe you should be Coldsore
Back when you were U2 I liked you so much more Somehow your song "Yellow" reminds me of pee
I think 'cause when it's over, it's a big relief to me

Now Pink, is that your hair or a tattoo?
I didn't know Supercuts had a drive-thru
Yo Nelly, what kind of name is that?
That's about as gangsta as an easter bonnet hat

And Snoop says he's clean now? You make the call
The guy's higher than Billy Joel's Cholesterol
Snoop, there's only room for one dog, putz
And I can rap, can you lick your own nuts?

Poop Diddy, are you in show business still?
I didn't know wearing a suit was a skill
J Lo, J Lo, the giant tail-o
For a doggy's nose, thst's the Holy Grail-o

Shakira's butt's fine, but it won't hold still you see
I sniffed Elton John's tush just for all the history
I sniffed J-Lo's ass and got too touchy-feely
She let loose a bomb that was bigger than "Gigli"

And on the list of pussies, don't leave off MTV
I scared them and Eminem so they gave the hook to me
Slim Shady, why do you find me so scary?
We're just two regular dudes who banged Mariah Cary
Wipe off that frown, just do without it
Hey my mom was a bitch, but I don't go writing songs about it 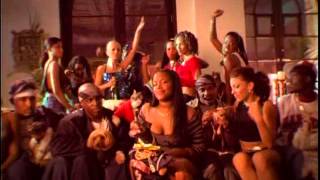