We like to talk a lot, about how we running this Christian race
But then when it comes time to walk it out, nah we don't never want to get in place
We don't even know what it's all about, there's a problem going on with the saints
In church Sunday, but that's all we got, and the rest of the world gon miss His grace
We see them in the parking lot, we tell them all their sinners and they're missing Christ
We got a couple scriptures we start to drop, but we got to be a witness, got to live that life
But nah we just talking stuff, we off in the cut, when it comes time to shine His light
But we got to rep the cross and His blood, got to walk in love,
Got to show cats the mind of Christ
We told them, that we this and that, we live and act how all should
Now let's show them that these Christian cats ain't really wack, it's all good
We wildin', now they think of Christians, think we tripping that ain't cool
We foul and, now they think He's missing, bro let's show them what it do

Verse 2:
They don't take us serious even though we be talking a good game
They poke fun and they jeer at us, probably 'cause we don't walk how we should man Nah they ain't feeling us, no distinction we just looking the same
It makes me furious, we don't rep Him as much as we could man
We tell them not to curse, and to come with the church where Jesus at
So some got a lot of words, but we ain't never got no deeds to match
We avoid the blocks and curbs, but we try to tell them where to meet us at
Thousands of members inside to work, but it ain't nobody on the street with cats
We told them, that they welcome, that we love them and we filled with joy
Let show them, that we willing to come to they block where cats be killing boys
We slacking, we ain't showing love, we act like we can't give them truth
Where's action, they don't know His love, let's show them that we living proof

Verse 3:
We like to brag to cats, bout how we bought by the God who saves
And how He snatches cats, by the cross and He gets them out the grave
We got brains thats packed with facts, bout Him who was sent to the cross and raised
His Word is action packed, with works and words all about His name
So we know that's He great, but we don't reflect Him well
So when we told em that He saves, it was hard for them to tell
So it's time to live this thing, in light of the God who reigns
Let's try not to cause Him pain, show them a pic of the God who came 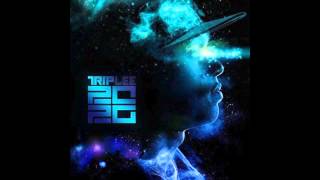